Woman who spent £93 on Tinder date ‘told she was fat’

A woman who shelled out over £90 to get to a Tinder date has been left furious after the man she was meant to be meeting told her she had ‘put some weight on’.

Jade Savage now claims it was the ‘worst date’ she has ever been on and is raising money online to recover the cost of travelling from Leicester to Peterborough.

The 28-year-old spent three-and-a-half hours travelling to see the man she met online but was greeted with an insult at the station.

Her date, 27, accused size 14 Jade of looking nothing like she had on their last date, which had been just four weeks earlier. 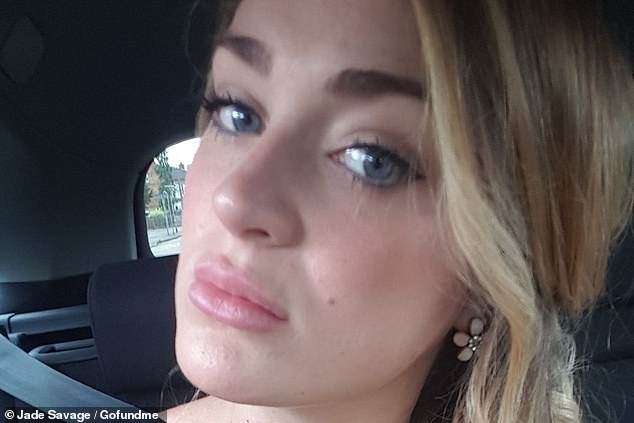 Speaking to The Sun, Jade said the day just went from bad to worse after she missed her coach from Leicester and ended up having to fork out more money for the train.

Jade, who lives 41 miles away from her date, had been supposed to enjoy drinks with him, but the date lasted just five minutes.

The mother-of-one has now set up a GoFundMe page to help top up her account after the event, which happened five days ago.

She said: ‘I was chatting to him on the phone when I got to the train station, waiting for him to pick me up.

‘It was clear he wanted to call the whole thing off but I still hoped we could have a nice time so we went to his car.

‘But he said, ‘I can say it, it’s a fact. You have put weight on, so therefore I can joke about it.’

Train back to Leicester: £23

Left disheartened, she then treated herself to a glass of £5 wine at the train station, and it was then that she set up the fundraising page.

The message on her fundraising page reads: ‘Date called me fat and got offended when I told him he was rude and acting like a p****. So took me back to the train station 5 minutes later. He then offered to give me the £90 travel money back and blocked me when I said yeah. Just want to make my £90 travel money back so I can buy wine and sticks of lard. 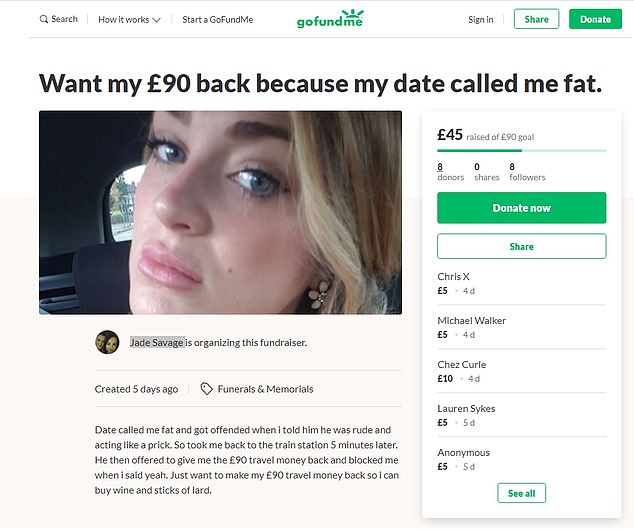 The £93 also included taxis to and from her home in Syston.

The care support worker added: ‘My mates were laughing with me, saying, ‘You’ve paid £90 to go to Peterborough, be called fat and then get sent home.’ It was the worst and shortest date I’ve been on.

‘I see the funny side and that’s why I did the GoFundMe and it’s got £45 already, which I’m obviously very grateful for.’