Woman who was prescribed the wrong contraceptive collapsed and died

Mother-of-two, 46, who was prescribed the wrong contraceptive to help ease heavy bleeding during her period collapsed and died due to a blood clot, inquest hears 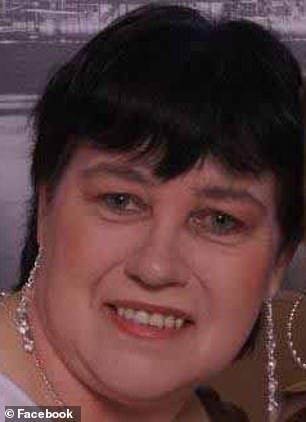 A mother-of-two who was prescribed the wrong contraceptive pill died and collapsed due to a blood clot, an inquest has heard.

Susan Walton was given the oral pill by her GP in Kent in order to help ease heavy bleeding during her period and her lawyer has now claimed she was given the wrong type.

The 46-year-old was fit and healthy aside from suffering from long-standing menorrhagia which is abnormally heavy bleeding during menstruation.

A 23-day inquest in Maidstone last month heard Mrs Walton, who works as a cleaner and carer to her son, visited her GP Dr Wain at the town’s Market Place Surgery last May.

She died on July 26, 2018, at the Queen Elizabeth the Queen Mother Hospital in Margate.

At the end of the inquest the cause of death was given as a cardiorespiratory failure caused by pulmonary thromboembolism.

This is the obstruction of a blood vessel by a blood clot in an artery in the lung. It is a recognised risk of the ‘Yasmin’ pill.

The Medical Defence Union (MDU), representing Dr Wain at the inquest, said it was reasonable for Dr Wain to prescribe Yasmin because the benefits of the pill outweighed the risk of Mrs Walton developing a blood clot.

But an independent GP expert, Dr Alastair Bint, was critical of Dr Wain’s decision as he had failed to check the height or weight of the patient.

Nor did he document that he had explained any of the risks of the drug, particularly for women over 35.

Dr Bint described the risk of a blood clot as being the single biggest risk of the combined oral contraceptive pill and cited two sources of guidance available to GPs.

In addition, witnesses at the inquest agreed that the most probable cause of the pulmonary embolism which resulted in her death was triggered by the pill she had been prescribed.

Menorrhagia is the medical term for menstrual periods where a woman has either prolonged or suffers from abnormally heavy bleeding during the cycle.

Doctors would class a heavy period as when you lose 80ml of blood (or more) each cycle.

During a normal period you would usually lose around 30-40ml of blood.

There are a range of different treatments available for the condition such as:

She said that Mrs Walton died from pulmonary thromboembolism, which is recognised risk of the combined oral contraceptive pill prescribed for longstanding menorrhagia.

Mrs Walton’s husband, Jeremy Walton, said: ‘My wife was taken away very suddenly and before her time.

‘She is sorely missed by me and her two sons Nathan and Jeremy James.

‘While we cannot bring her back, we hope that the conclusion of the inquest highlights to others the risks associated with taking the combined oral contraceptive pill, and more importantly how these risks can differ in severity from person to person.’

Jenny Waight, Mr Walton’s lawyer at Thomson Snell & Passmore, said: ‘The evidence of the independent expert in this case was that Yasmin was the combined oral contraceptive pill with the highest risk of blood clot and that it should not have been prescribed to Mrs Walton.

‘I hope the inquest’s conclusion brings closure for our client and his family and goes some way in raising awareness of the associated risks of taking the combined oral contraceptive pill.’