A California woman’s dog is being hailed as a hero after jumping to her owner’s defense when a mountain lion attacked the pair.

The woman, who has been identified as Erin Wilson, encountered the mountain lion when she was taking her dog Eva for a stroll near a picnic area along State Route 299 in Trinity County on Monday.

After she exited her car with her dog, the duo began walking down a path with Eva slowly tracking ahead of her. Before Wilson knew it, a mountain lion jumped out from her side and swiped her across her left shoulder. 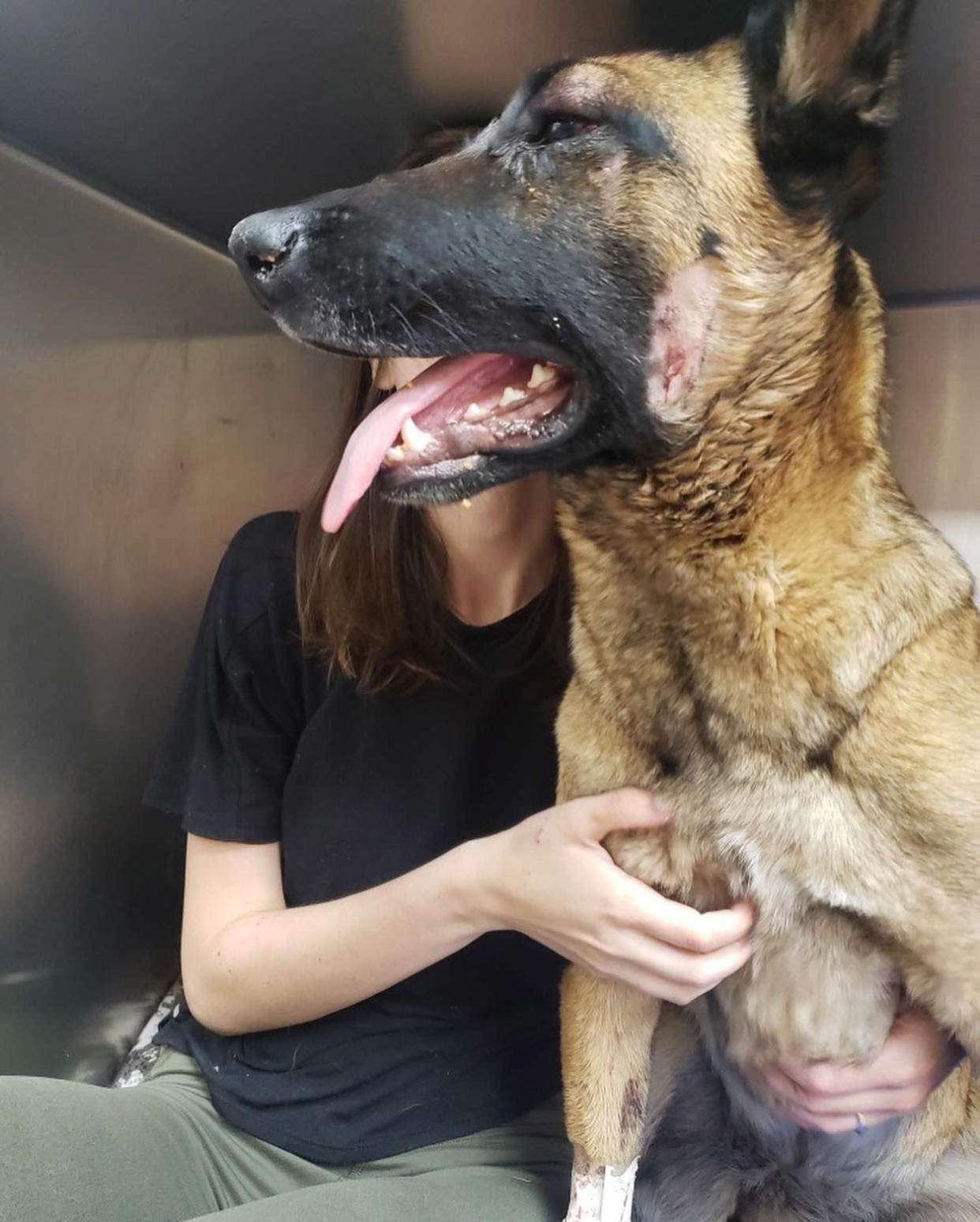 While in pain, Wilson called out for her dog.

“I yelled ‘Eva!’ and she came running,” Wilson told the Sacramento Bee on Wednesday. “And she hit that cat really hard.”

Wilson noted that her 2 1/2-year-old dog weighs 55 pounds and tried its best to take down the cougar.

“They fought for a couple seconds, and then I heard her start crying,” Wilson said. “That’s when the cat latched on to her skull.”

The lion ended up biting the dog’s head with a firm grip. While trying to get the animals apart, Wilson thew rocks at the lion and even attempted to gouge its eyes out to get Eva free, but to no avail. Wilson headed back to the road and flagged down a passerby, named Sharon Houston, for help.

Wilson told the Sacramento Bee that she used a tire iron from her pickup truck to get Houston’s attention.

Together, they used a piece of PVC pipe that Houston had in her car to beat the mountain lion, who was beginning to drag the dog off the trail.

The lion finally had enough and let Eva go. It later ran away after Houston sprayed it in the eyes with pepper spray. 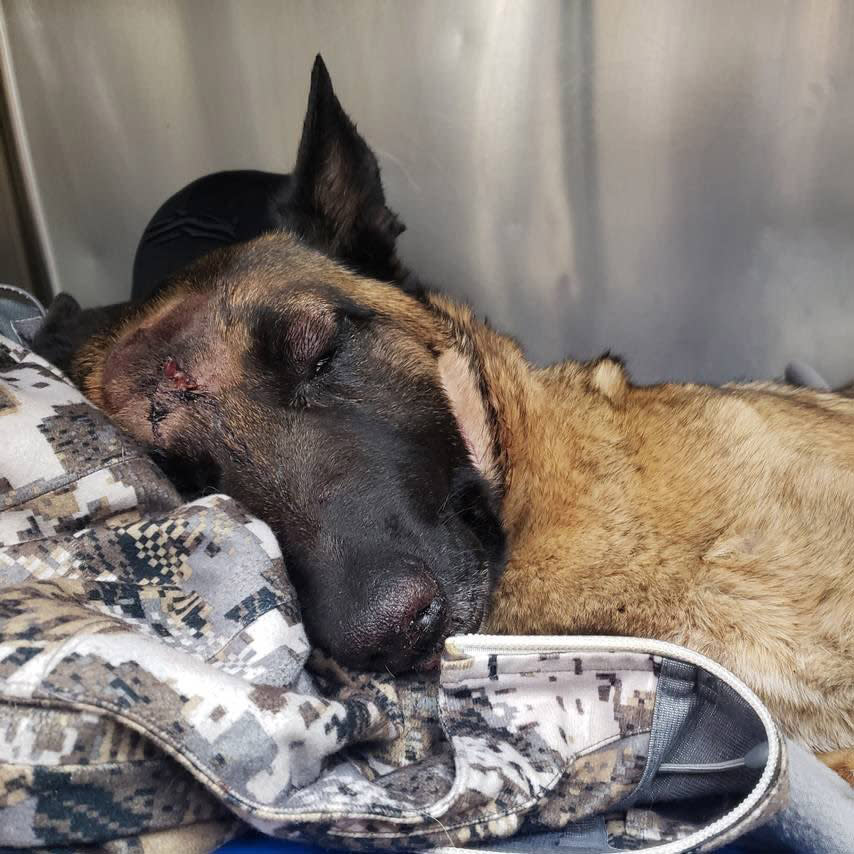 After the altercation, Wilson drove Eva to a veterinarian to seek immediate care and she later took herself to get seen by someone in Redding, California.

“I don’t think,” she said, “I will ever be able to live up to how amazing and loyal she is to me.”

According to a statement from the California Department of Fish and Wildlife, Wilson suffered non-life-threatening “bite wounds, scratches, bruises and abrasions” during her scuffle with the mountain lion.

Eva, on the other hand, wasn’t so lucky. Wilson’s husband, Connor Kenny, told SFGATE that Eva experienced seizures before receiving care and she also suffered two fractures to her skull, a punctured sinus cavity and severe damage to her left eye.

However, she’s been recovering and on Thursday, Wilson told her Instagram followers that Eva was finally well enough to return home. The downside? “Her sister is upset they can’t play,” she wrote.

Since the attack, Wilson started a GoFundMe account for her dog’s medical bills after she “saved my life.” So far, Wilson has raised over $32,000.

“My dog is my hero and I owe her my life,” Wilson wrote on her dog’s GoFundMe page.

The California Department of Fish and Wildlife say that they collected samples from the wounds of those involved in the fight and believe that it’s enough to “treat the investigation as a legitimate attack.”

However, they warn that people should always be careful when walking around in mountain lion habitats. As of Monday, the department is still trying to catch the cougar, who is still believed to be roaming in the area.