KABUL (Reuters) – Soria Hussaini was not sure what would happen when she decided to perform the first Kabul street concert by a woman in recent memory. 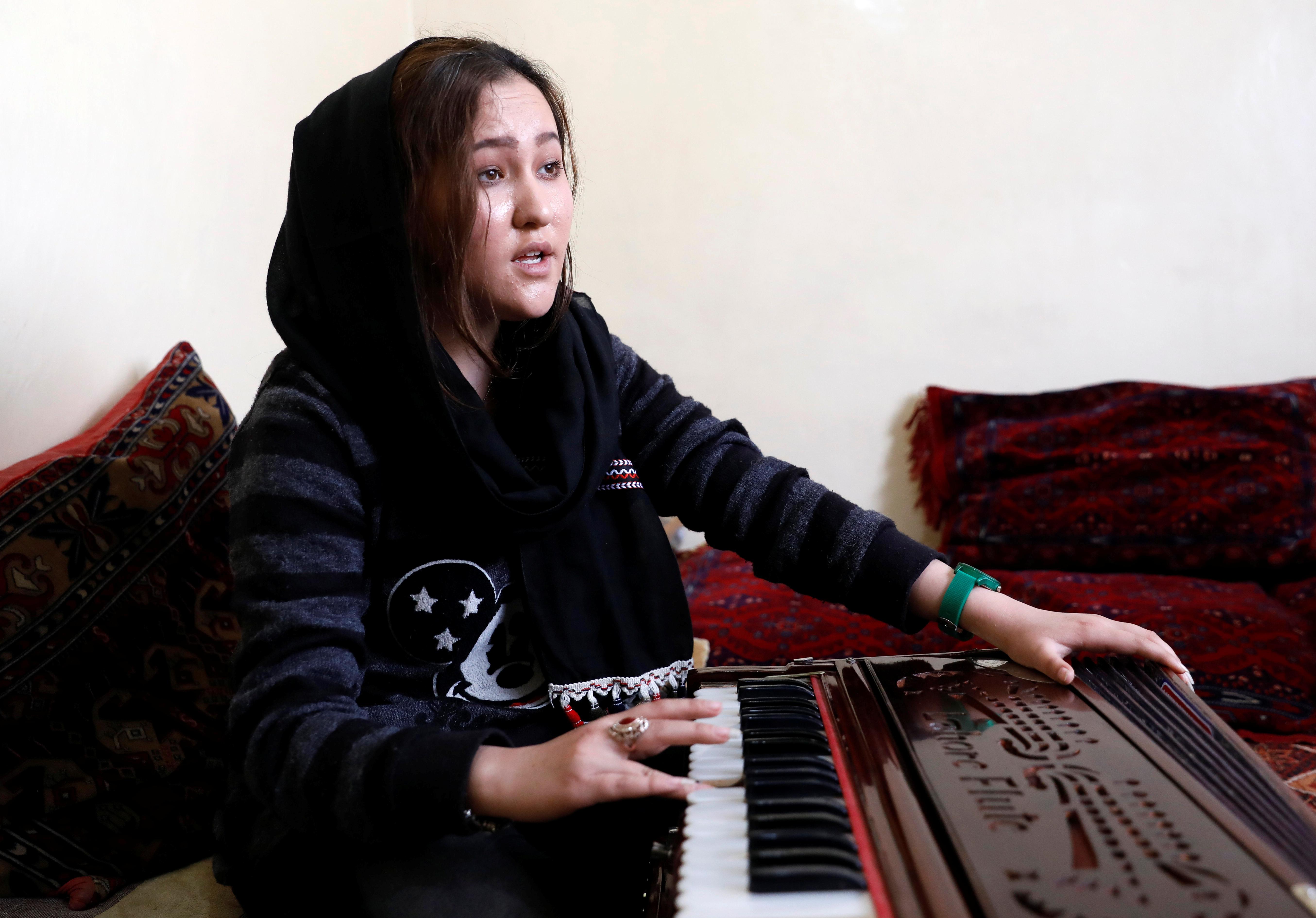 The 20-year-old, whose family fled civil war in Afghanistan for Iran during the 1990s, worried about her safety. But nearly 50 people watched the unadvertised concert by Hussaini’s rock group, Azadi, in the city’s Kart-e-Char neighborhood in March, singing and clapping along with the music.

“Some were against this concert, but we did not give up,” she said. “We are all scared of suicide bombings, explosions, abductions and other issues in this country.”

Hussaini’s concert was unusual both for its public setting and the positive response it received in a country where views on women and entertainment are often ultra-conservative.

In sharp contrast, a video surfaced this week and was widely shared on social media showing men whipping a woman, purportedly a Taliban punishment for singing in public. It was not clear when the video was filmed, but it generated fierce online criticism of the Taliban.

Reuters was not able to verify the authenticity of the video. Taliban spokesman Zabihullah Mujahid said he could not confirm the video depicted members of the group, and that it was investigating the incident.

Intensifying peace talks between the United States and the Taliban have brought a focus on the place of women in Afghan society. Many say they fear greater freedoms won in recent years will be eroded under a settlement with the Islamists.

The Taliban banned women from playing music or appearing in public with their faces visible when in power from 1996 to 2001.

One symbol of the changes since the Taliban were overthrown is 18-year-old Zahra Elham, who last month became the first woman to win the vote-in singing competition Afghan Star in the 14 years since local TV station Tolo began screening the popular show modeled on American Idol.

“They finally supported a girl. That day, I witnessed that there is justice, they let a girl move forward,” she said.

Not everyone celebrated her success, however, said Elham, who recalled a frightening 2-km (1.2-mile) walk home from the TV studio one night in January, as her celebrity grew.

“Everyone was taunting me on the way,” said Elham, who hails from the Hazara ethnic minority that has long suffered discrimination in Afghanistan. “There were comments about ethnicity since, in our tribe, it is not desired for a girl to become a singer. Now my fear has increased.”

TV journalist Farahnaz Forotan, 26, received a more supportive reaction when she launched last month a social media movement with the hashtag “MyRedLine”, encouraging women – and men – to publicly declare what rights they would not surrender.

Forotan launched the movement by declaring that her pen, symbolic of her profession, was her red line. Since the Taliban government fell in 2001, a robust media industry has emerged in Afghanistan, including many female journalists.

Forotan’s personal RedLine video has been viewed nearly 12,000 times on Facebook. She is planning visits to all 34 Afghan provinces to expand her campaign.

Supporters recorded short smartphone videos of themselves declaring their own “red lines”, including a female lawyer citing her work defending women’s rights. 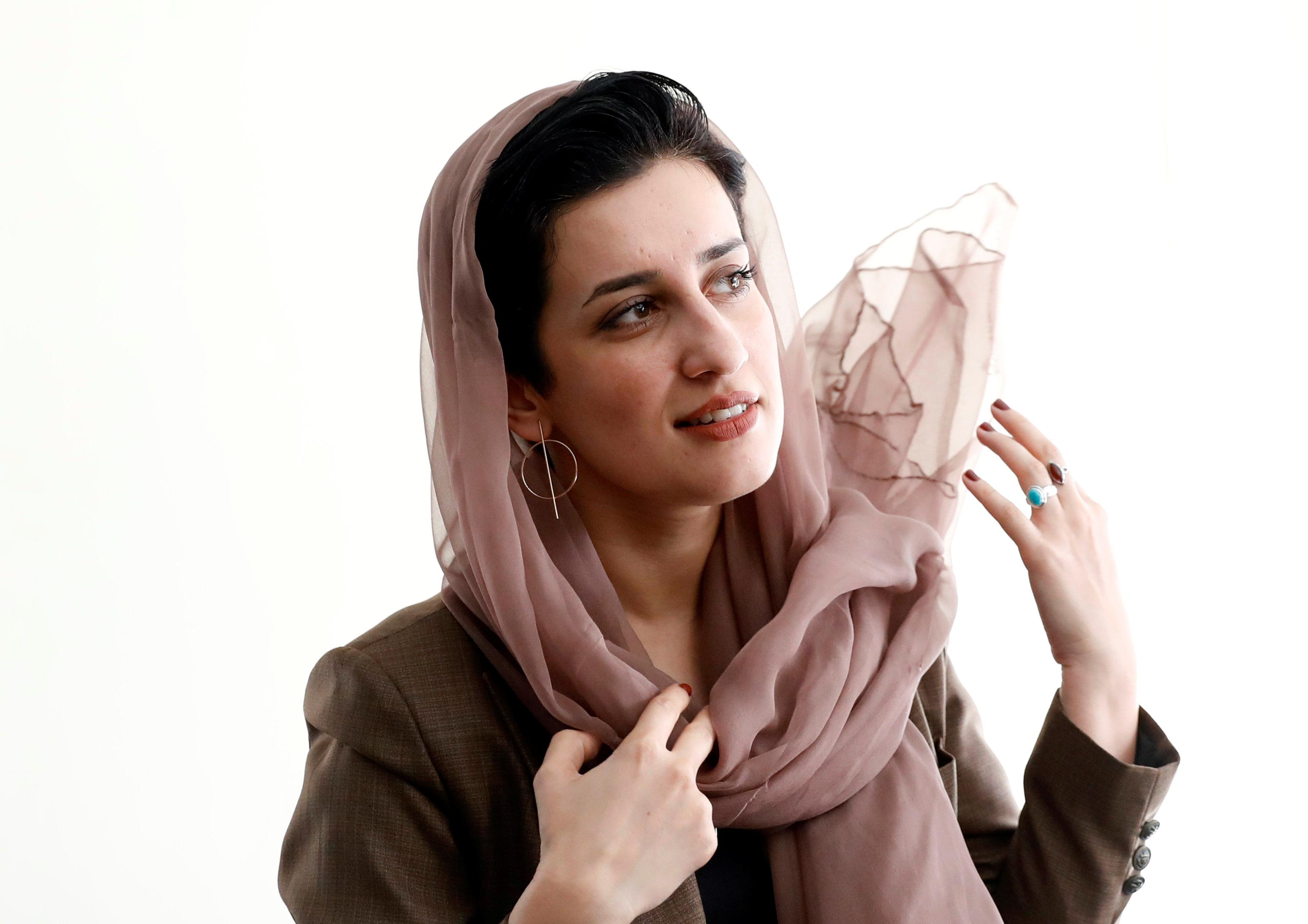 “We emphasize that we won’t go back,” Forotan said, referring to the Taliban era.

Meanwhile Hussaini, who still lives in Iran, is already planning two more Afghan street concerts, one in Bamiyan province and another in Kabul.

“I see a good future in Afghanistan and am hopeful that street concerts will become more common here,” she said.