Diesel cars and trendy woodburning stoves are being blamed for the first rise in the most harmful form of air pollution since 2011.

Experts said last year’s increase in the fine particulates may also be down to high energy prices which have encouraged people to burn scavenged wood such as fence posts in open fires.

Since figures were first collected in 1987, levels of the larger form of particulate matter, including the most harmful PM2.5, have declined over the long term. 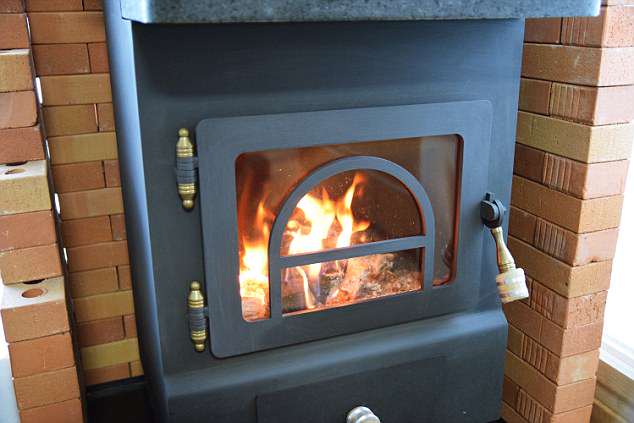 But the Department for Environment said the rise in levels of fine particulate pollution at roadside and urban sites last year compared to 2016 was the first in six years. Figures for PM2.5 typically increased 15 per cent at roadside sites and 17 per cent at urban monitoring stations.

A third of all particulates are estimated to come from domestic wood burning, the largest single source of PM2.5 emissions.

Oliver Hayes, of Friends of the Earth, said: ‘The fact PM2.5 particulates are up at roadsides is …predominantly a road transport issue. Diesels are still one third of the British car fleet.’ The rise in PM2.5 in cities was ‘most probably from burning wood’, he added.

Mr Hayes said: ‘In some areas, particularly northern cities, people are burning wood they find for free because that’s cheaper than what the Big Six [energy companies] are charging to burn gas.’

Air pollution could lead to an upsurge in crime, according to a study.

Many offences – including sexual harassment, shoplifting and assault – increased when levels were higher, it said.

The most serious crimes including murder and rape were unaffected, said Dr Sefi Roth, of the London School of Economics.

One factor could be rises in the stress hormone cortisol when people are exposed to higher pollution levels, said his report which used data from 1.8million crimes.

There was little enforcement of laws banning open wood fires in urban areas, he added.

Mr Hayes also pointed to an increase in the number of woodburning stoves being installed, particularly in the South East.

Christian Lickfett, managing director of the company Commercial Air Filtration, said: ‘Spikes like this in the data should get more attention. They are a genuine cause for concern.’

The European Environment Agency estimates that PM2.5 caused around 38,000 premature deaths in the UK in 2012, while pollution from nitrogen dioxide gas from road transport and power plants caused 14,100 deaths.