A TEENAGE boy has been stabbed to death outside a busy train station in South East London – with cops hunting for the killer.

Emergency services dashed to the scene outside Woolwich Arsenal station, Greenwich, shortly before 5.30pm after the fatal knife attack. 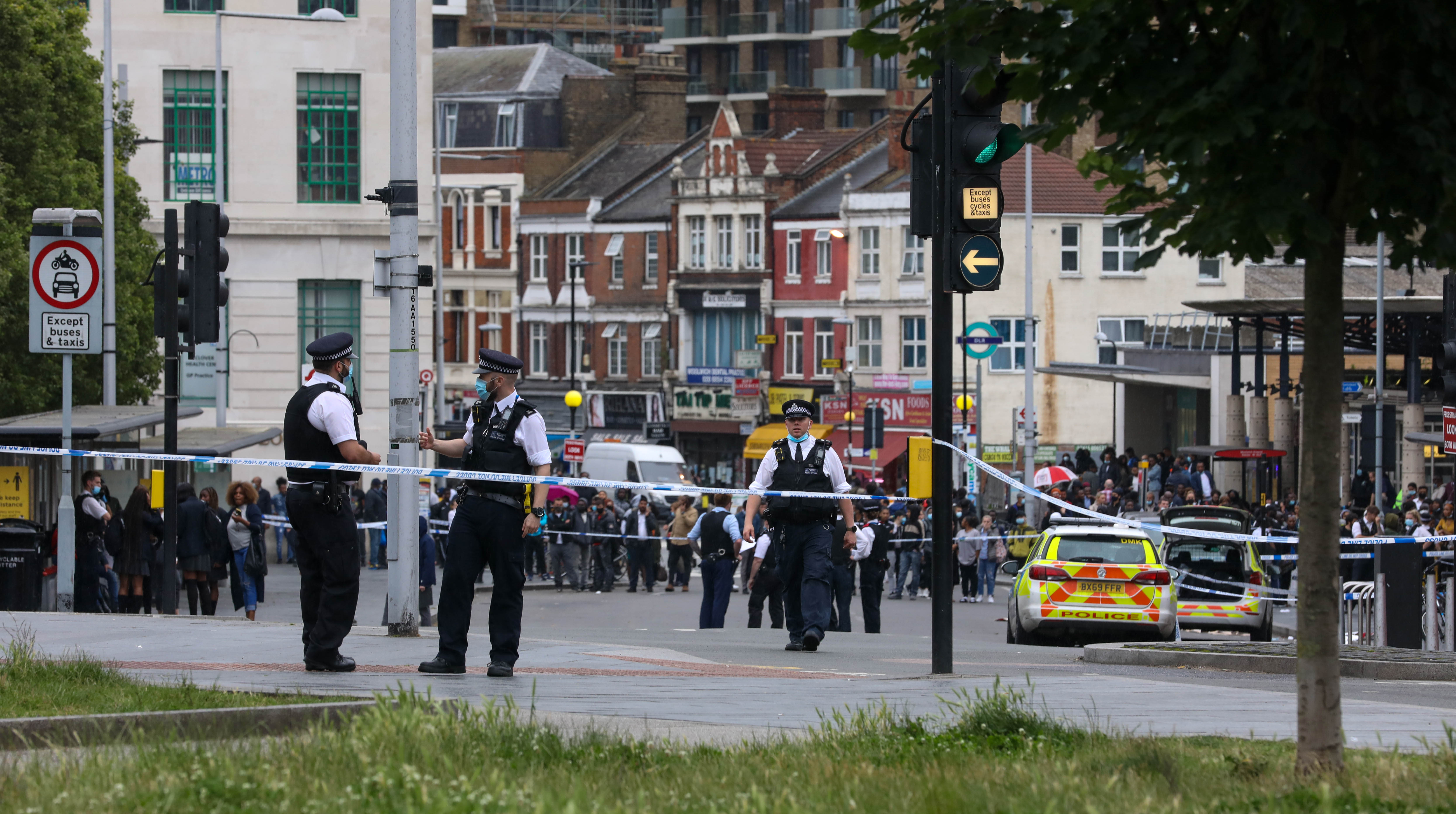 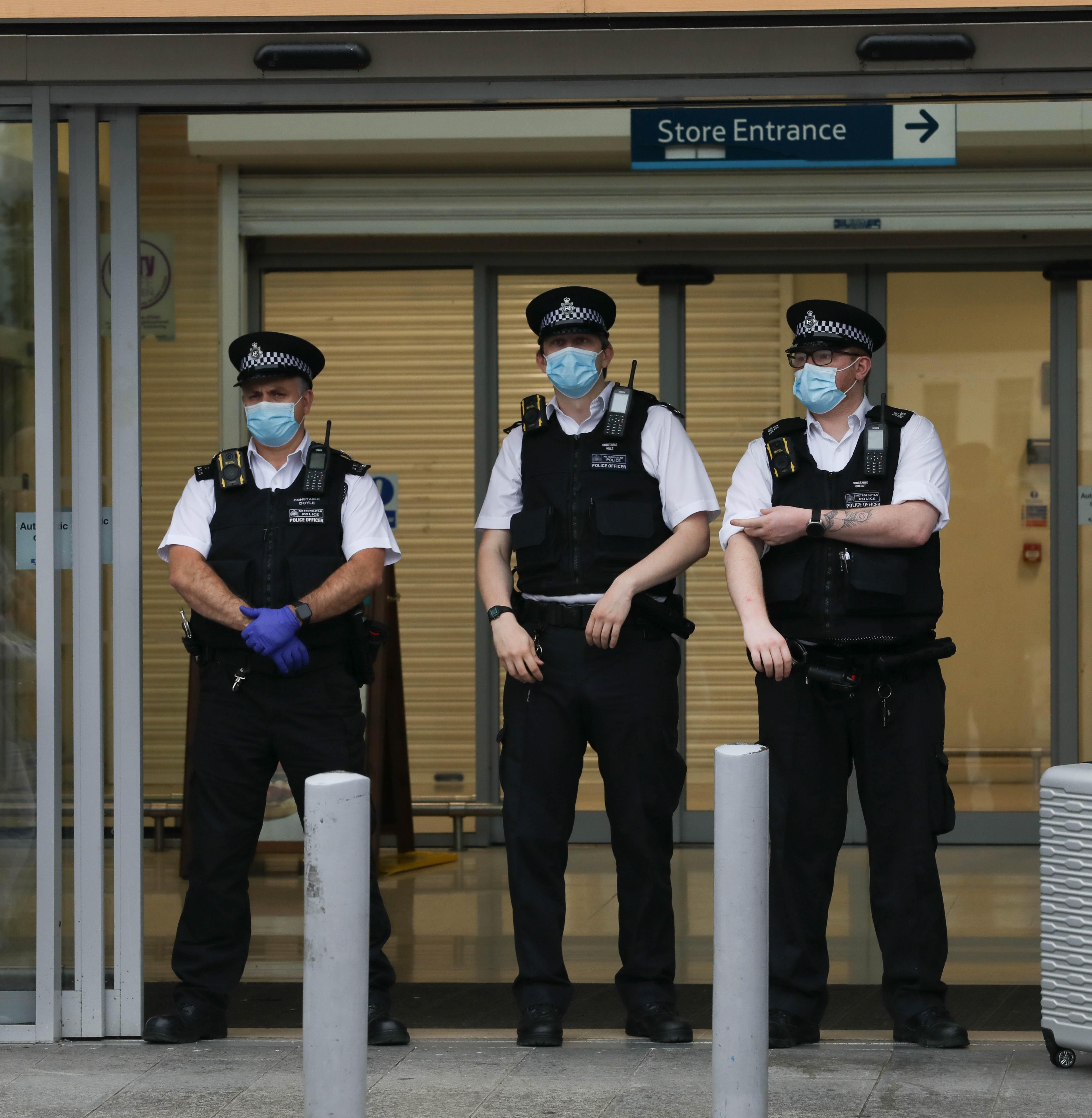 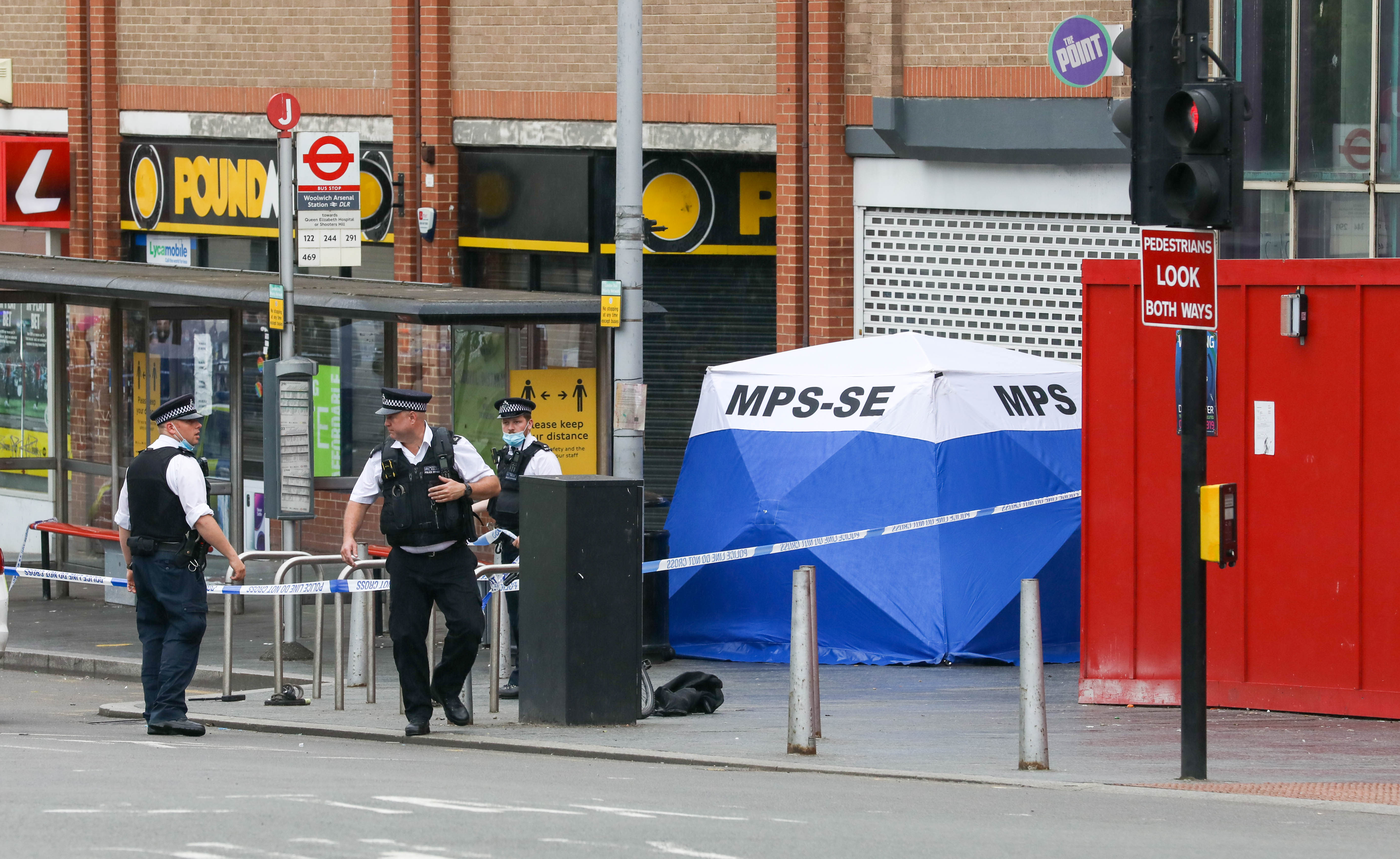 The area in Woolwich New Road has been taped off by cops.

Despite the best efforts of paramedics, the victim was pronounced dead at the scene.

Footage on social media showed a huge crowd of horrified onlookers watching on as ambulance crews and police dealt with the incident.

An air ambulance also landed to assist and a forensics tent has been set up.

A nearby Tesco store was also reportedly evacuated as cops hunt for the suspect.

Metropolitan Police have confirmed a teenage boy was stabbed to death. 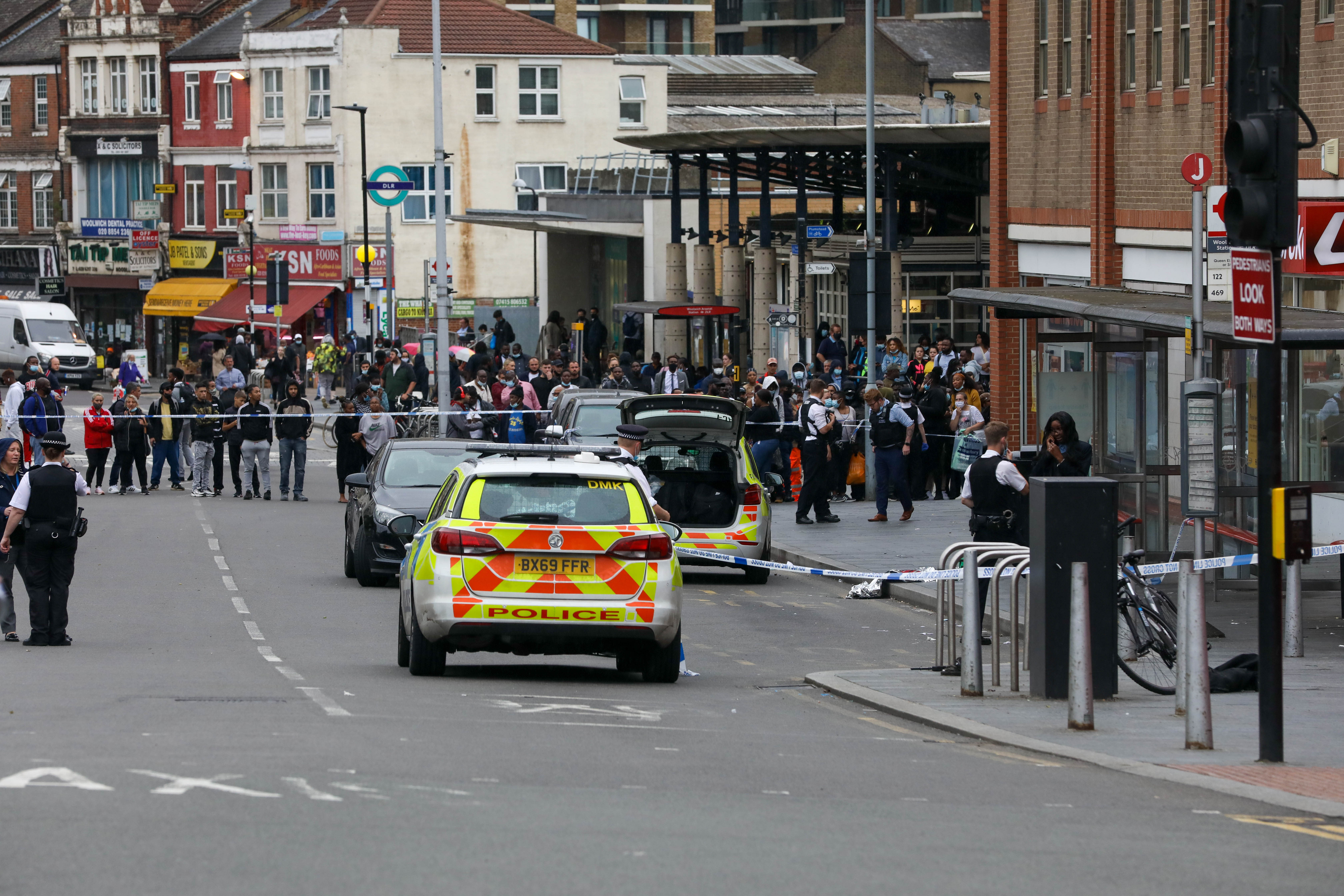 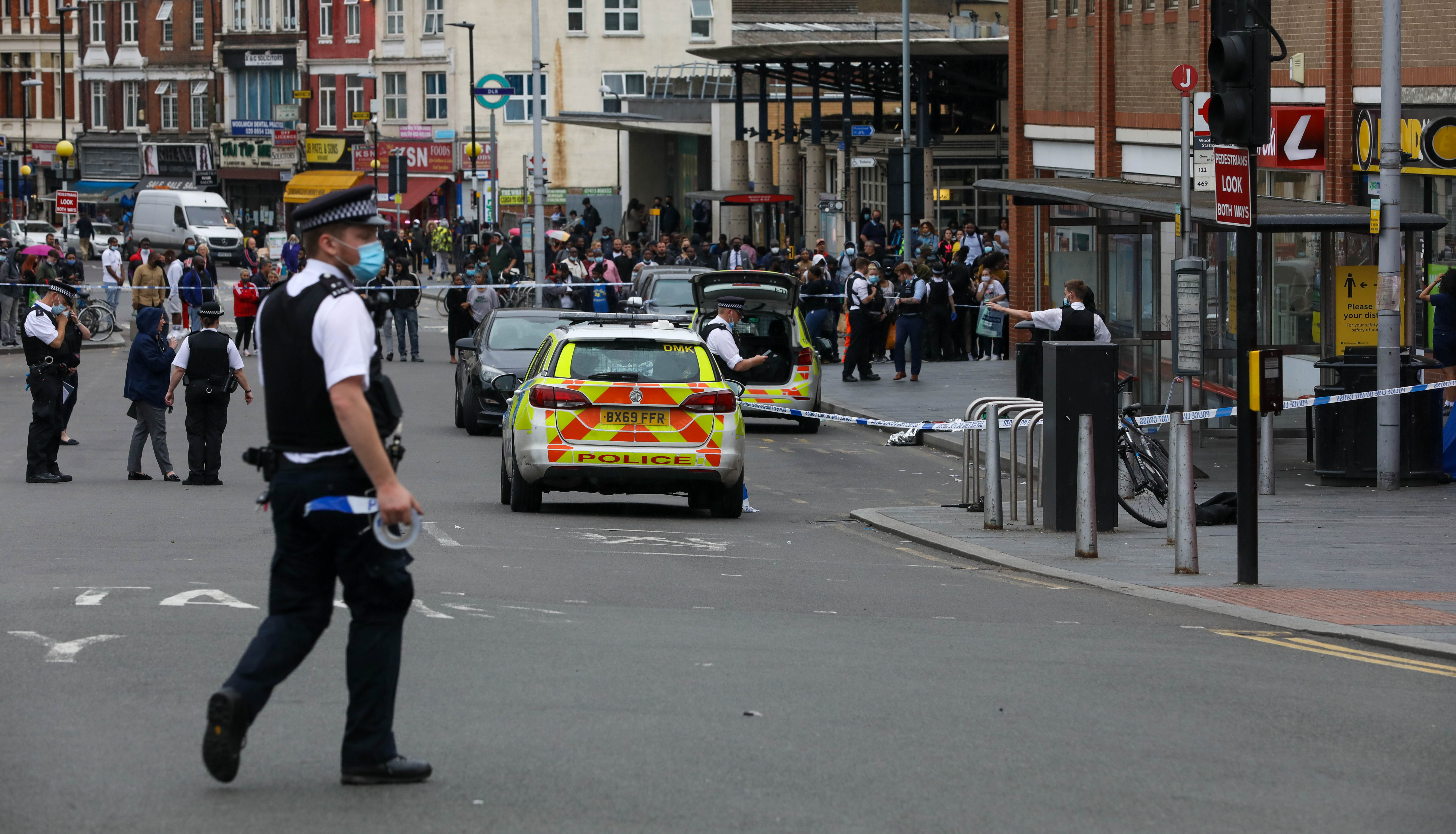 A spokesman said: "Police were called at 17:23hrs on Monday, 5 July to reports of a stabbing on Woolwich New Road, SE18.

"Officers attended and found a teenage boy suffering from a stab injury.

"They immediately provided first aid prior to the arrival of the London Ambulance Service. Despite their efforts, he was pronounced dead at the scene at 18:08hrs.

"Officers are in the process of contacting his next of kin. Formal identification has not taken place.

"A post-mortem examination will be held in due course. A crime scene is in place and officers remain in the area.

"At this early stage, there have been no arrests. Enquiries continue. 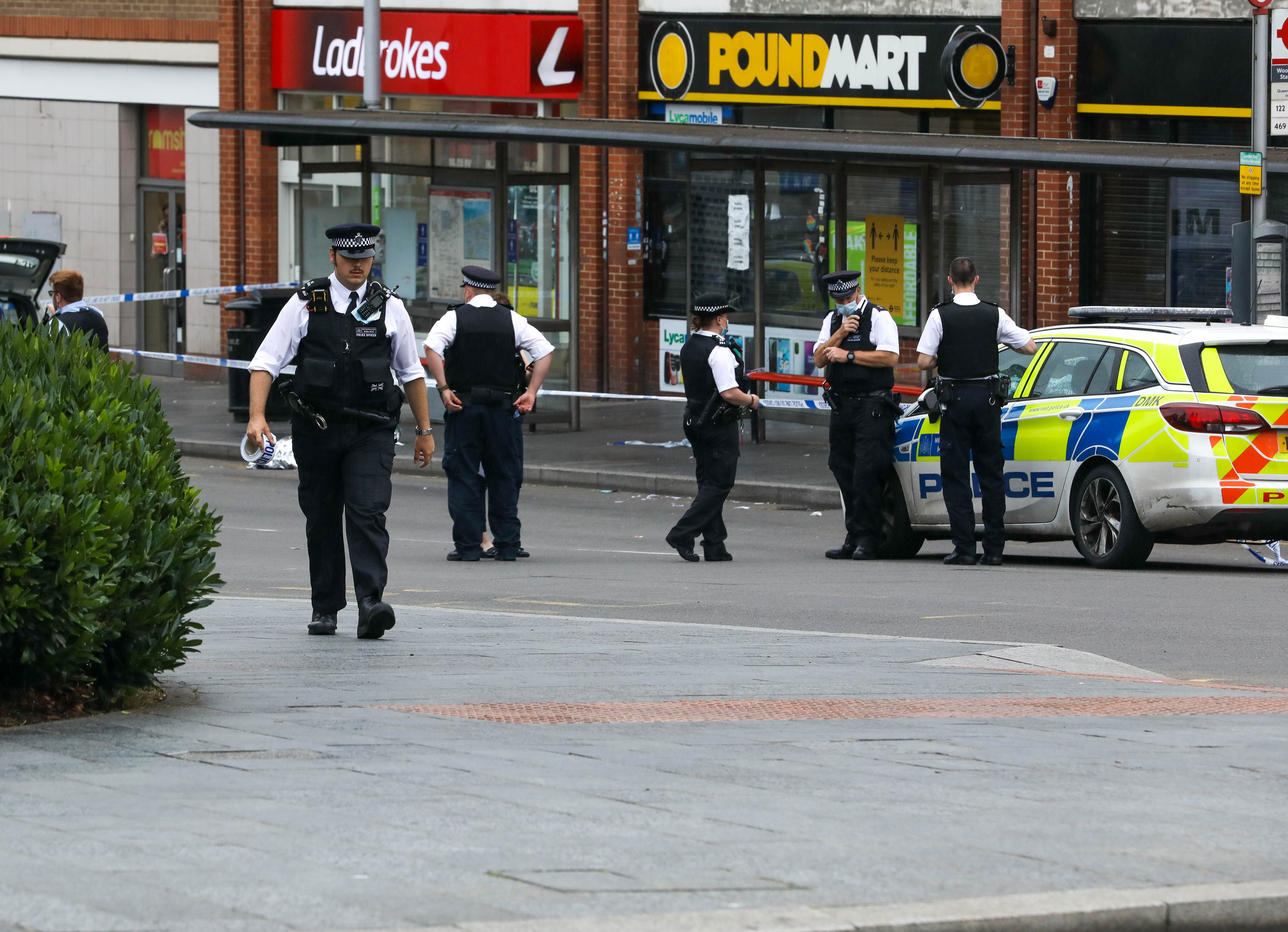 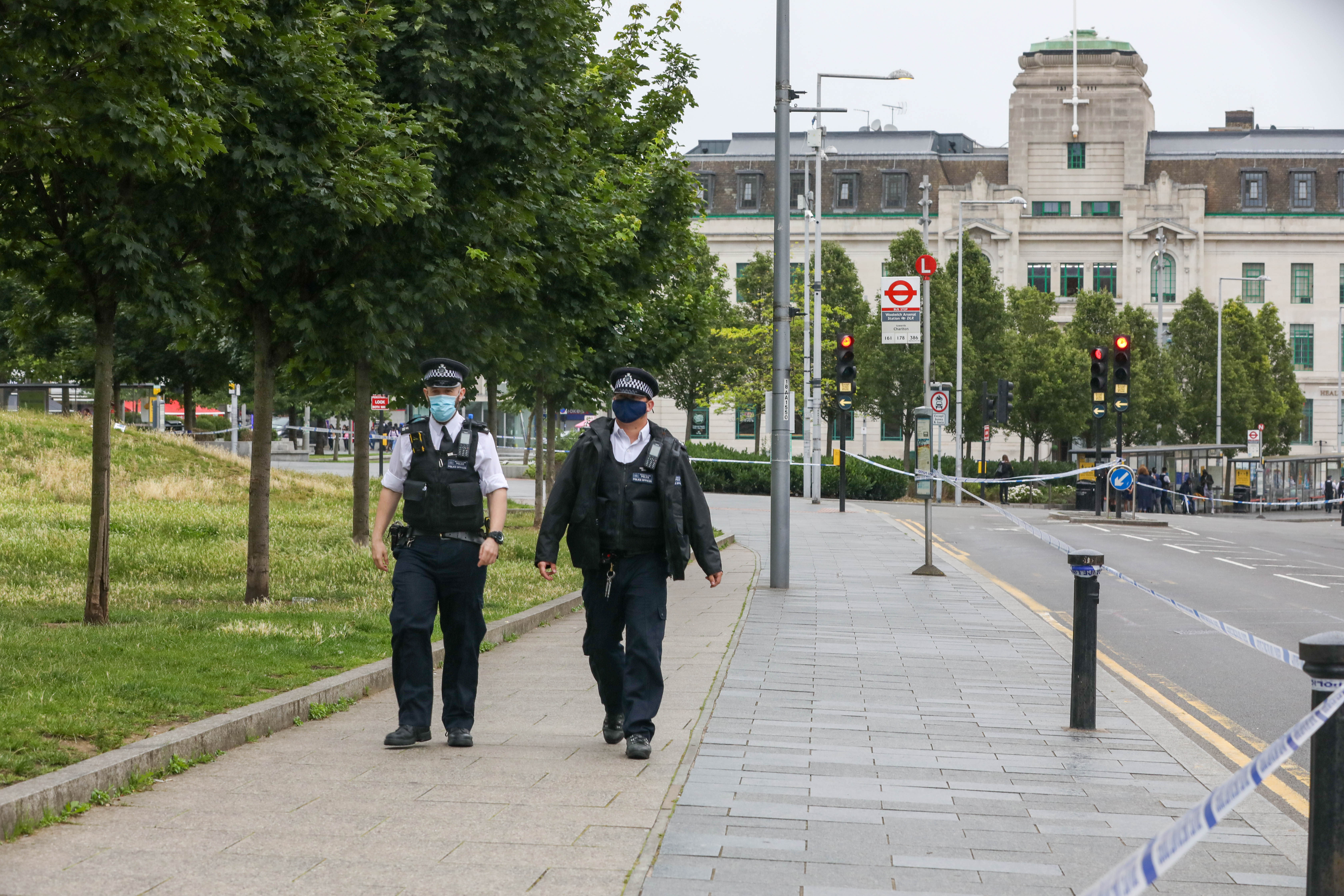 Greenwich has reportedly recorded the most fatal stabbings out of all London boroughs so far this year.

It comes just days after a 16-year-old boy was stabbed to death by a killer who reportedly knocked on his front door.

Police were called to an estate in Croydon, South London at around 12.46am on July 1 following reports of a "disturbance".

The attacker is believed to have arrived at the boy’s home on Bracken Avenue before fatally knifing him on the doorstep, the Evening Standard reports.

Paramedics battled to save the teen but he was declared dead at the scene less than an hour later.

The boy became the 19th teenager to be killed in London so far this year, with 17 of the victims stabbed to death.

More teens have been killed in the capital in the first six months of this year than in the whole of 2020.