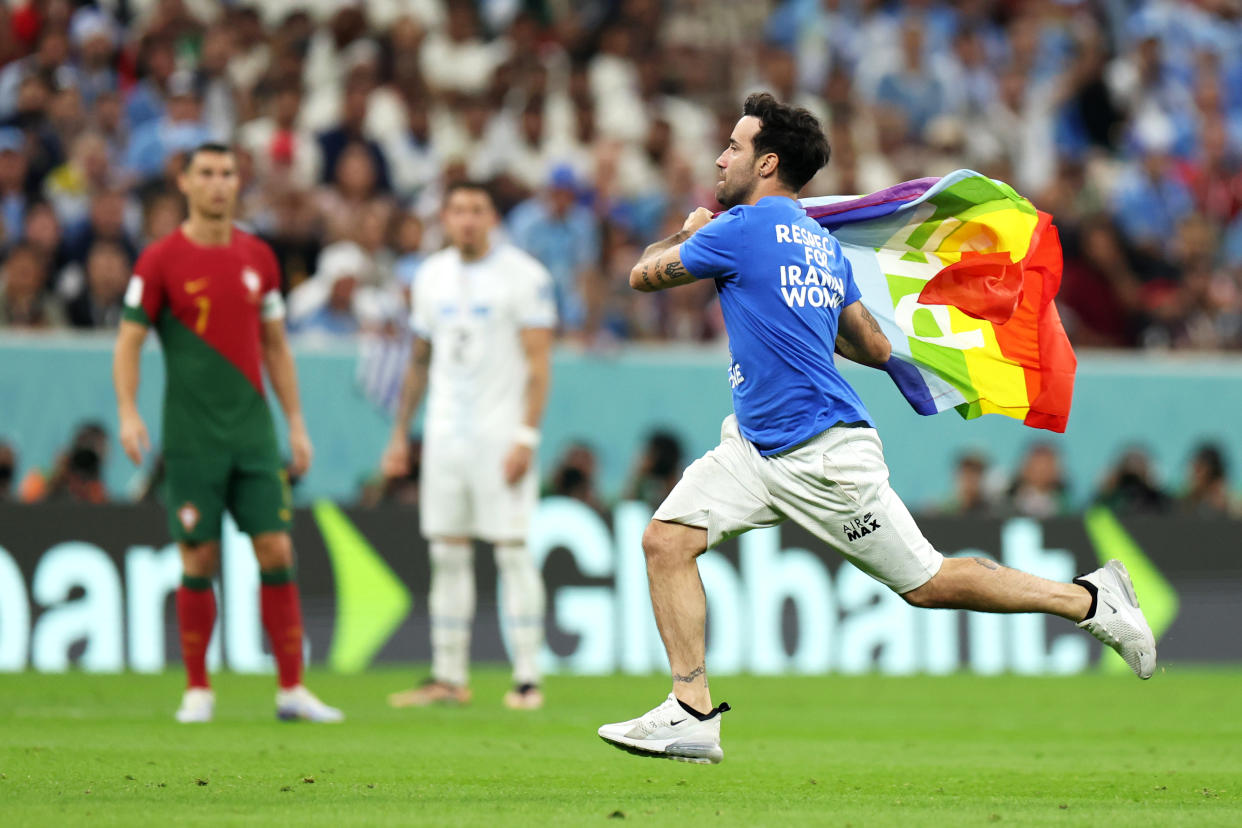 LUSAIL, Qatar — In what appeared to be the first in-game demonstration in support of LGBTQ rights at the 2022 World Cup, a protester disrupted Monday night’s game between Portugal and Uruguay by running onto the field with a rainbow flag.

The protester also wore a shirt that read “RESPECT FOR IRANIAN WOMEN” and “SAVE UKRAINE.” He ran from the near sideline across most of the pitch before being tackled by security.

As he ran, he waved the flag, which is a universal symbol of LGBTQ pride, and which is taboo in Qatar, where homosexuality is criminalized and all LGBTQ people are marginalized. Throughout the first week of the World Cup, fans and journalists were refused entry to venues for wearing rainbow-colored T-shirts, masks and hats.

World Cup organizers have apologized for those incidents and assured fans that pride apparel is allowed at venues. But it has not been visible on broadcasts. FIFA also threatened European teams with “sporting sanctions” if their captains wore anti-discrimination armbands featuring rainbow colors that were similar, though not identical, to the pride color scheme.

The fan who ran on the field at Uruguay-Portugal did indeed have a rainbow flag, and was wearing a shirt that read "SAVE UKRAINE" and "RESPECT FOR IRANIAN WOMEN" pic.twitter.com/TtId8ZaZri

Monday’s stunt was the first time during the Qatar World Cup that the colors infiltrated most American TV screens. Some broadcasts briefly caught the fan, who dropped the flag on the field before being detained.

The referee then picked up the flag and carried it over to the side of the field, where it briefly rested by the pitch-side advertising boards. A stadium staffer then ran to pick it up and remove it from the field of play.

Many international broadcasts cut away from the fan, as they do from most pitch invaders in all soccer games. But photographers at field level captured the protest in full.

The front of the shirt was a reference to Russia’s invasion of Ukraine. The back was a reference to the women’s rights movement in Iran, which has provoked a brutal crackdown from the country’s repressive government, and has been a subject of significant demonstrations in and around stadiums at this World Cup. 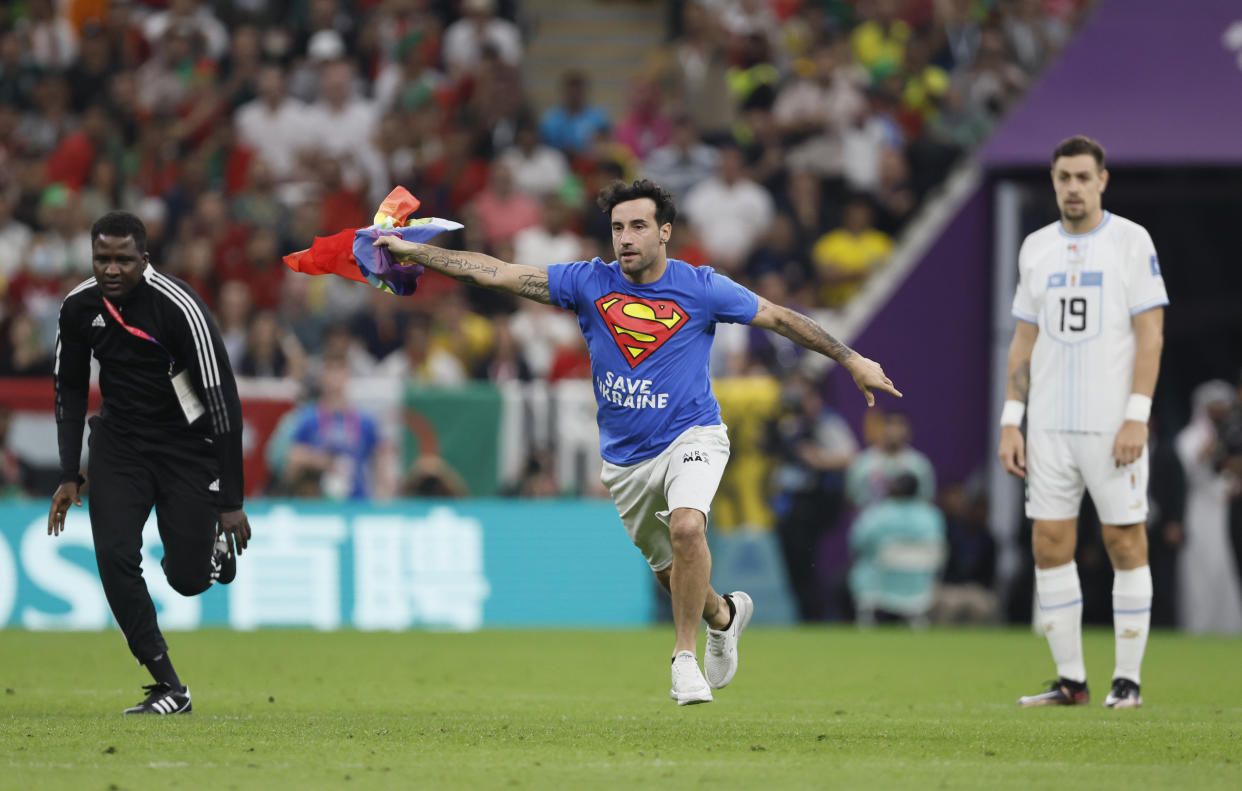