The Manhattan Project was the infamous US research and development proposal undertaken by the US, UK and Canada at the Los Alamos Laboratory to develop nuclear weapons. Engineers under the direction of nuclear physicist Robert Oppenheimer designed two fission bombs – the Little Boy and Fat Man that were dropped on the Japanese cities of Hiroshima and Nagasaki. US President Harry Truman risked the fury of Moscow with his bold move, by keeping the true extent of his nuclear arsenal from Soviet leader Joseph Stalin when they met at the Potsdam Conference.

But little did he know that he was also being undermined by a scientist on the project nicknamed the “smiling killer”.

William Penney, Baron of East Hendred, rose fast in academia, doing pioneering work in quantum mechanics in the Thirties and spent a chunk of World War 2 researching shockwaves from German bombs during the Blitz.

In the summer of 1944, he was headhunted for the Manhattan Project to model the complex shockwaves to make sure it worked as intended and to maximise the destruction from the blast.

He was the key scientist on the Pentagon target committee that decided which Japanese cities to bomb. 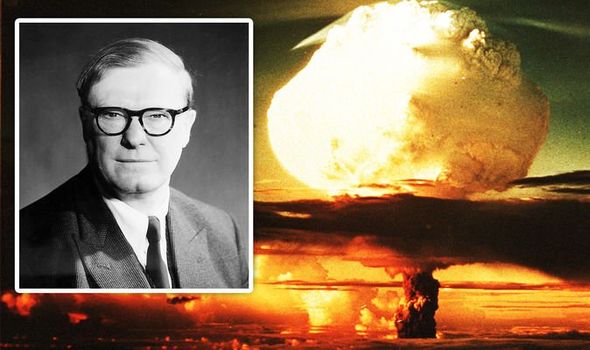 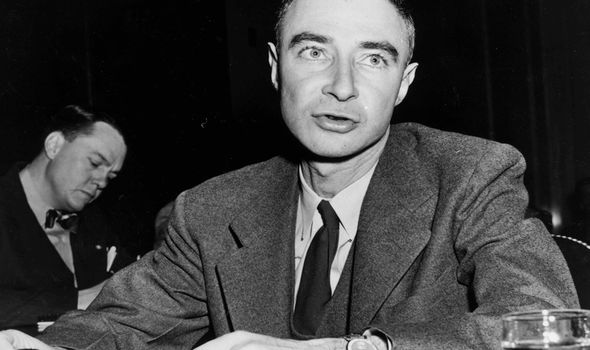 He suggested those with surrounding hills to concentrate the blast and his modelling decided how high in the air the weapons should be detonated to maximise the blast damage – 600 metres over Hiroshima and 500 metres over Nagasaki.

After the war, British scientists were sent packing – all apart from Penney – who continued to work with the US after Congress passed the McMahon Act in 1946, which banned all American bomb scientists from sharing information with other nations.

But the British genius, who was “able to sit up drinking half the night,” was still able to loosen the American tongues.

By then, he had secretly agreed to head the UK’s own programme to develop an atomic bomb, but the appointment was delayed by 18 months so Penney could maintain his access to US science.

Later in life, he would justify his decision, stating: “I thought we were going to have a nuclear war”, and without a bomb of its own, the UK would be a sitting target for Soviet nuclear weapons. 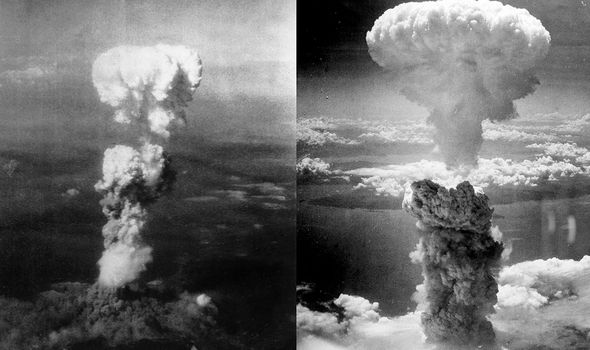 After leaving the US, Prime Minister Winston Churchill asked Penney to copy the hydrogen bomb shown off by the US in 1952, but he had little knowledge of this weapon.

By 1957, new Prime Minister Harold Wilson believed he was poised to convince the Americans to amend the McMahon Act to allow the sharing of information between the UK and US.

Macmillan had an upcoming summit with President Dwight D Eisenhower later that year to secure a deal, but agreeing to share secrets required the UK to show it had something to share.

That is where the true genius of Penney came to light.

Just four months before the summit, he invited journalists to Malden Island in the Pacific to witness the detonation of the Orange Herald, a “megaton” bomb that they dutifully reported as the UK’s first H-bomb. 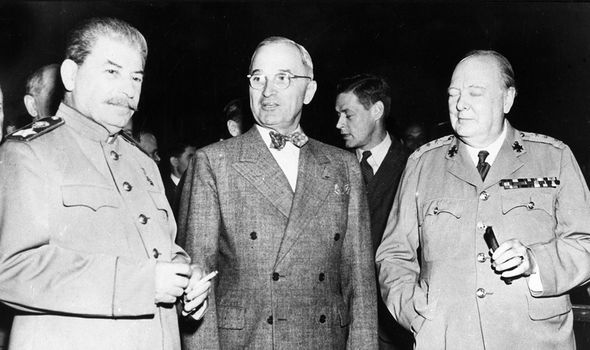 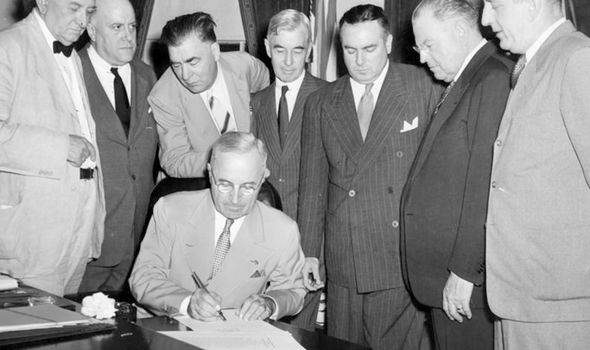 Only in the Nineties did it emerge publicly that it was not.

It successfully misled the press, and then US legislators in Congress.

After the summit, the McMahon Act was amended, believing they would be sharing science with a fellow H-bomb nation.

Macmillan had secured trans-Atlantic exchange of nuclear information, followed by a flow of nuclear products, mostly towards the UK, bringing greater protection for the UK in the Cold War.