Newly unearthed World War II documents decoded at Bletchley Park have revealed how Germany fell for Allied deception and did not know when or where D-Day would happen.

The messages, deciphered by Britain’s Colossus machine which cracked the German Lorenz code, show how Hitler was taken in by Allied feints which suggested the invasion would come near Calais instead of in Normandy.

The cracking of Lorenz, although less celebrated than the efforts to read the Enigma code, provided ‘critical information’ in the lead-up to D-Day 75 years ago.

Some 700 volumes of Nazi high command messages were uncovered at the National Archives earlier this year. 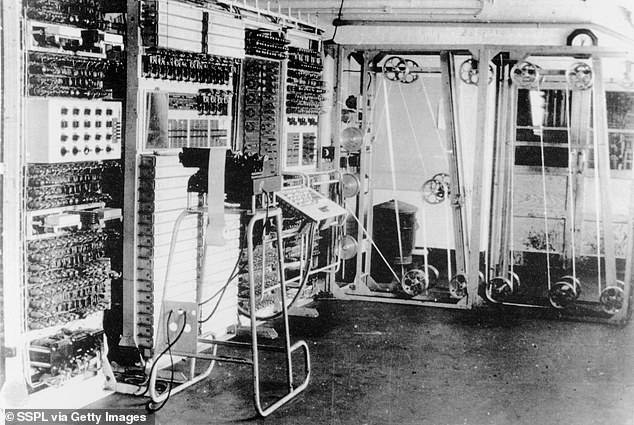 The Colossus machine was an invention of Britain’s Bletchley Park codebreakers which helped to win World War II.

It was used to break the Lorenz code, a German cipher used by Hitler and his high command to send top level, strategic messages.

The code was even more secure than the more famous Enigma system.

Colossus was created by British engineer Tommy Flowers, a General Post Office worker sent to Bletchley Park to work on the war effort.

Flowers, a General Post Office engineer from East Ham, London, was nicknamed the ‘Crafty Cockney’ during his work at Bletchley Park.

GCHQ today describes him as a ‘visionary’ who built the ‘forerunner of the modern computer’.

It was capable of processing some 5,000 letters and characters per second to decipher the code.

In one of the messages, seen by The Times, German high command wrote: ‘Where the enemy attempts a landing is still obscure’.

That was in May 1944, only weeks before the Allied invasion of Normandy began on D-Day, June 6.

Even once the invasion had begun they kept the Germans guessing about whether another landing would follow elsewhere.

As a result Hitler kept vital forces in the Pas-de-Calais – well to the north of the Normandy beaches – until the Allies were already overrunning his troops.

‘The enemy is already hampering our supply and troop movements and in the event of active operations would hamper the latter in particular,’ it read.

In a further dispatch the Germans contemplate sending a spy to the United States using a submarine.

However, the German command warned that ‘the mere strain of a passage to the U.S. is very high’ and said the spy would need a ‘strong constitution’.

Bletchley Park experts were able to read the messages by cracking the Lorenz cipher, which the Nazi high command used for messages deemed too sensitive for Enigma transmission. 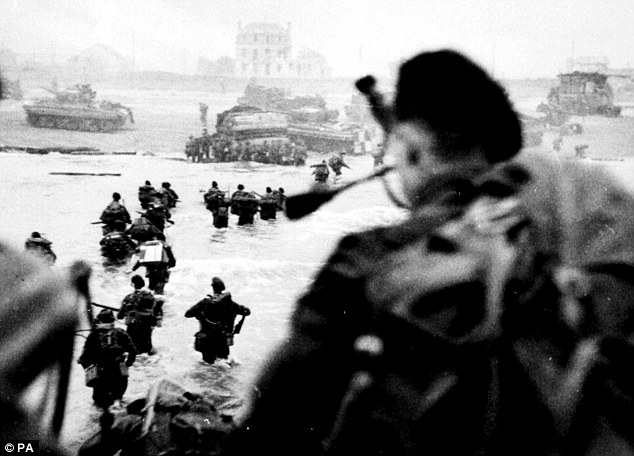 The cracking of Lorenz, although less celebrated than the efforts to read the Enigma code, provided ‘critical information’ in the lead-up to D-Day (pictured) 75 years ago 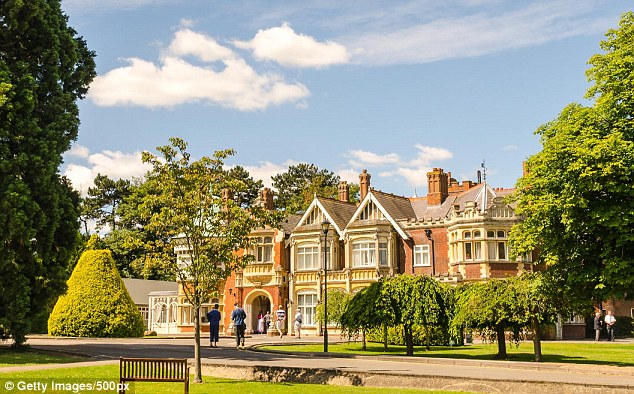 Experts at Bletchley Park (pictured as it looks today) were able to read the messages by cracking the Lorenz cipher, which the Nazi high command used for messages deemed too sensitive for Enigma transmission

They learned the German secrets with the help of the Colossus computer developed by British engineer Tommy Flowers.

The Colossus Mark II, which was five times faster than the original, was finished less than a week before the Normandy landings, and gave the Allies another crucial edge in the last phase of the war.

Considered one of the world’s first computers, Colossus complemented Alan Turing’s work on the Bombe machine which cracked Enigma. 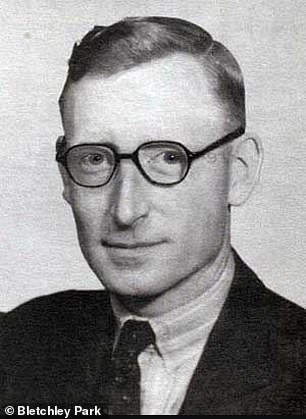 The German codes used a complex series of rotors and lights to encrypt messages by swapping letters around via an code.

The Enigma code was broken in 1941 by mathematicians at their Bletchley Park base in Buckinghamshire, a feat that allowed the allies to intercept key German messages.

By 1944 they had made another breakthrough when the Colossus machine designed by Flowers began to read the Lorenz code.

Flowers, a General Post Office engineer from East Ham, London, was nicknamed the ‘Crafty Cockney’ during his work at Bletchley Park.

GCHQ today describes him as a ‘visionary’ who built the ‘forerunner of the modern computer’.

Both breakthroughs helped Allied forces decrypt German messages and gain an advantage in the war effort – including playing a vital part in the defeat of the U-boats in the six-year Battle of the Atlantic.

Turing and Flowers were also helped by Bill Tutte, a codebreaker who helped to analyse the Lorenz code.

After the war eight of the Colossus machines were dismantled so that the parts could be recycled, but GCHQ kept two for its own use.

These too were later destroyed, a fate which the National Archives have called a ‘a personal tragedy that [Flowers] felt very keenly’.