The 34.2-mile bridge and tunnel that have been almost a decade in the making for the first time connect the semi-autonomous cities of Hong Kong and Macau to the mainland Chinese city of Zhuhai by road.

The Hong Kong-Zhuhai-Macau Bridge spans the mouth of the Pearl River and significantly cuts the commuting time between the three cities. The previously four-hour drive between Zhuhai and Hong Kong will now take 45 minutes.

One section of the crossing dives underwater into a 4.2 mile tunnel that creates a channel above for large cargo ship containers to pass through.

The project came in over budget — with Hong Kong alone investing $15 billion in it — and delayed, as it was originally slate to open in 2016.

At the opening ceremony, Han Zheng, the top Chinese official who oversees Beijing’s at-times tense relationship with Hong Kong, proclaimed that the bridge marked the first time that Hong Kong, Macau and the mainland had jointly cooperated on a major infrastructure project. 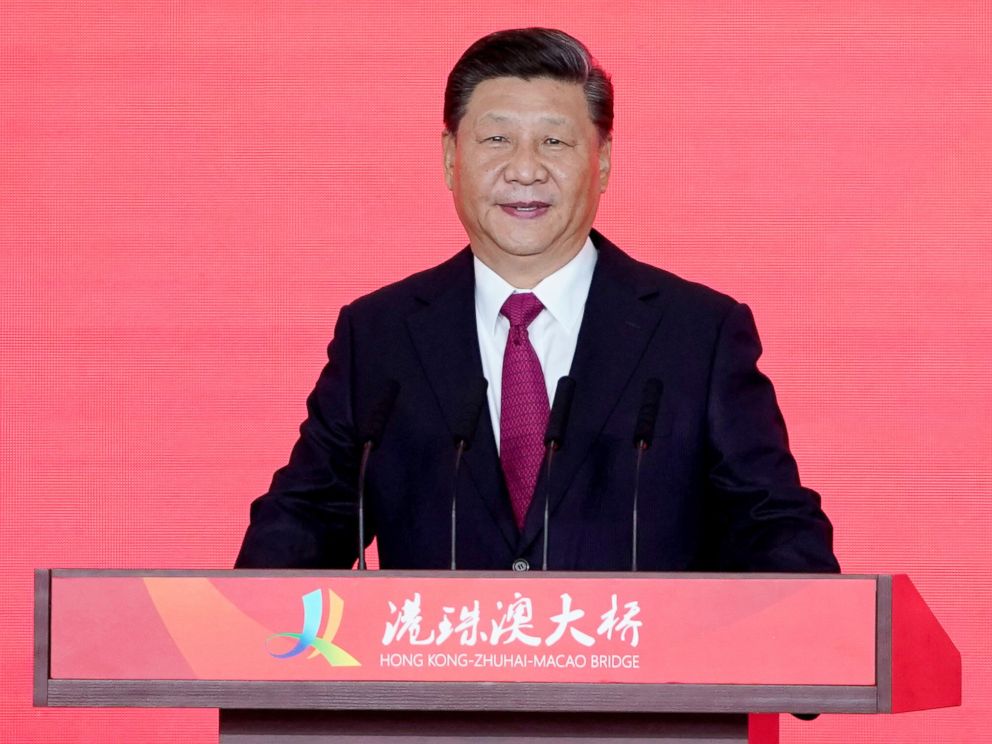 The bridge will help Hong Kong and Macau become more integrated with mainland China, he said.

But for some in Hong Kong, which maintains a separate legal system from China’s, the bridge is the just the latest example of Beijing exerting more influence on them. Just in September a high-speed rail-link connected the heart of Hong Kong directly to China’s vast railway network.

Hong Kong lawmaker Claudia Mo has given multiple interviews this year likening the new bridge to a symbolic umbilical cord tethering Hong Kong to the motherland.

Beijing’s plan is to fully integrate Hong Kong and Macau — which is known as the “Vegas of Asia” and the world’s biggest gambling hub, with the Pearl River Delta region, a giant manufacturing hub — into what Beijing is calling the Greater Bay Area, a tech- and innovation-focused center to rival Silicon Valley.

The new sea bridge is not without other controversies as well. According the Association for the Rights of Industrial Accident Victims, at least 10 workers died in the construction of the bridge and more than 600 were injured. In addition, environmentalist have said that the project has disrupted the habitat of Hong Kong’s already-endangered pink dolphin. 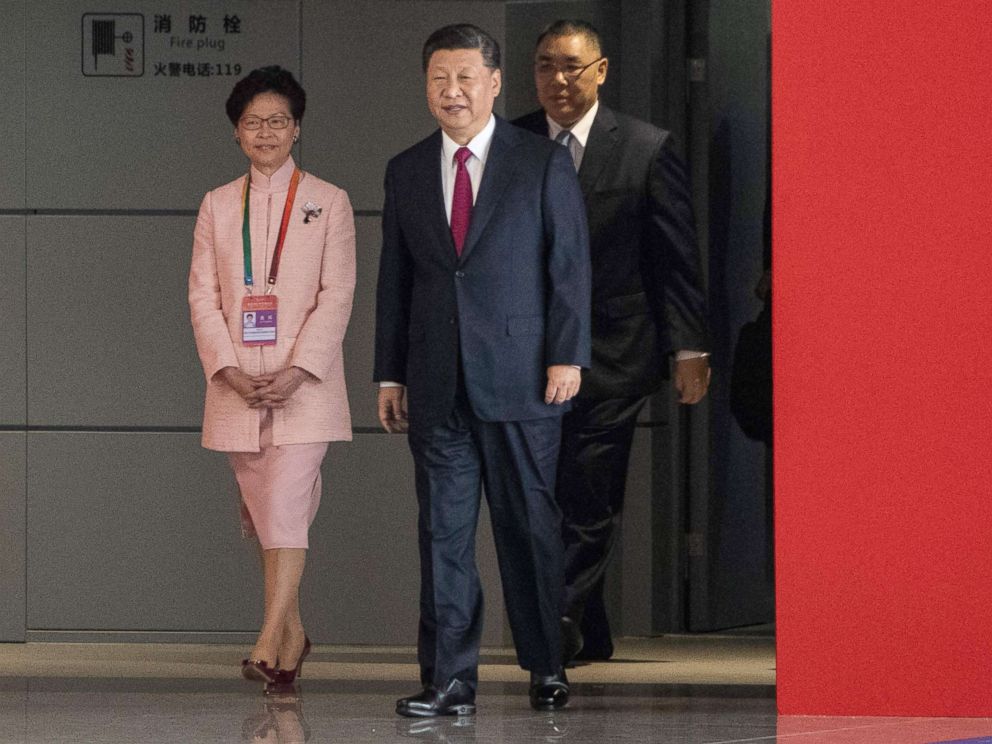 The priority appears to be trade and tourists. Goods manufactured on the western end of the Pearl River Delta can now reach the container port and international airport of Hong Kong in 45 minutes, and a tourist landing in Hong Kong International Airport now has another option to reach Macau instead of taking a ferry. 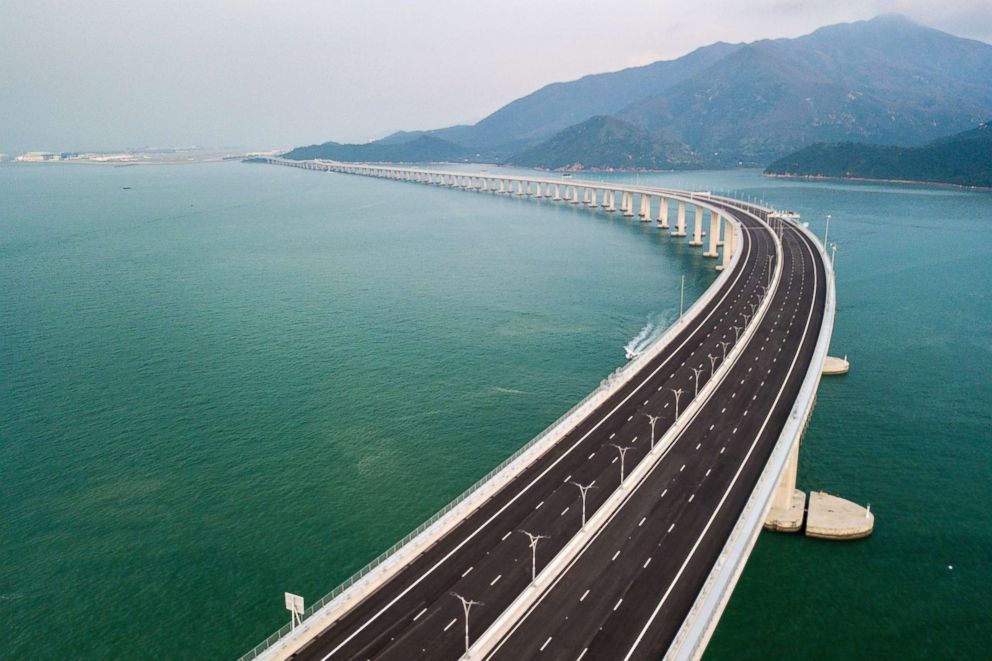 Strict quotas will be enforced for private cars. Only 10,000 Hong Kong cars belonging to people or businesses that fit certain criteria will be issued a license to enter the mainland, and vehicles will require a separate cross-border Chinese license plate. Only 300 Hong Kong cars can enter Macau, and 600 Macau-licensed cars can drive to Hong Kong.

There is no public transportation running between the cities so private tour bus companies will run a shuttle bus between immigration points on either end of the bridge and licensed cross-border tour buses that can travel to the center of Hong Kong and Zhuhai.

One such cross-border operator called Trans-Island Limousine told ABC News on Tuesday morning that it is starting a slow roll out of bus lines this week. A one-way ticket will cost the equivalent of $15 and a round-trip ticket will cost about $28.