World’s shortest man says he is ‘small in size, big in heart’ as he regains his Guinness World Record title

The world’s shortest man has reclaimed his Guinness World Record title – a decade after he was first awarded the crown.

It means he is slightly taller than a piece of carry-on luggage, and less than half the 5ft 10 inches an average man measures.

The Colombian suffers from severe hypothyroidism, a condition which stunts the growth and means bone cartilage does not grow as it should do. 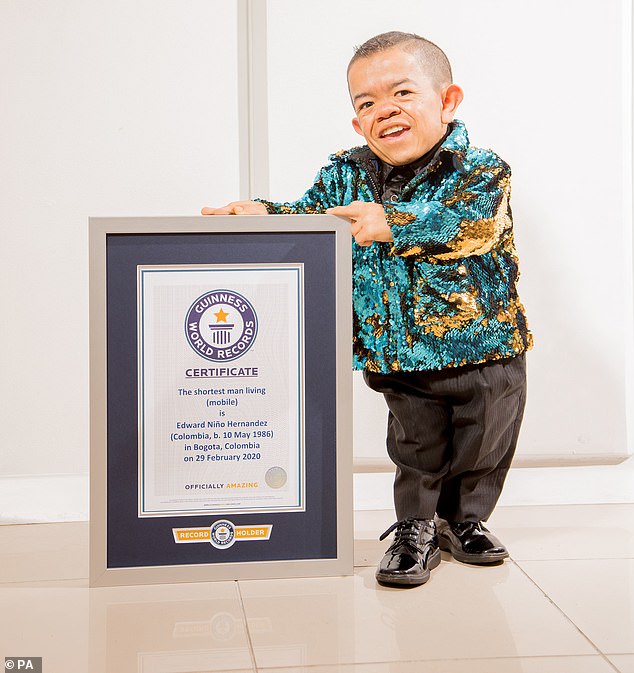 Mr Hernandez is slightly taller than a piece of carry-on luggage, and less than half the size of the average man – around 5ft 10 inches tall 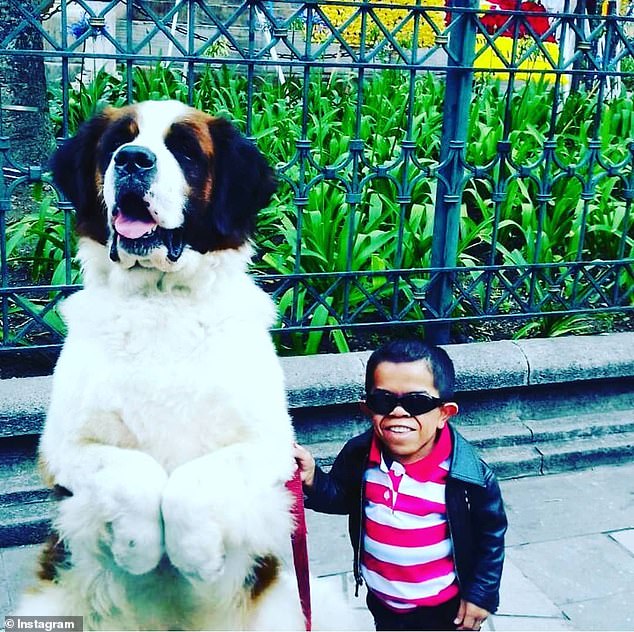 Mr Hernandez said that ‘Everything is possible. Size and height don’t matter.’ He is pictured above with a dog towering next to him

He was presented with the new Guinness World Record title at a medical clinic in Bogota, Colombia, earlier this year alongside his family and orthopaedist.

Mr Hernandez said: ‘I use my smile to conquer the world! I always share my big smile with everyone; that’s my charm.

‘I can achieve everything I propose to myself. Everything is possible. Size and height don’t matter.

‘I want people to meet who I truly am, small in size, big in heart!’

Mr Hernandez was originally crowned the world’s shortest living man at the age of 23 in 2010, after officials measured his height as 70.21cm.

Until then, he and his family lived in relative obscurity. He had been angry and depressed as a child when he didn’t grow as other children or siblings did.

Mr Hernandez was astonishingly only diagnosed with severe hyperthyroidism in his early 20s, which his mother claims is because doctors lost interest in recording her son’s height throughout childhood.

In 2010, however,he became an overnight superstar and bounced into the limelight when the Guinness World Records came knocking and made him the record-holder. 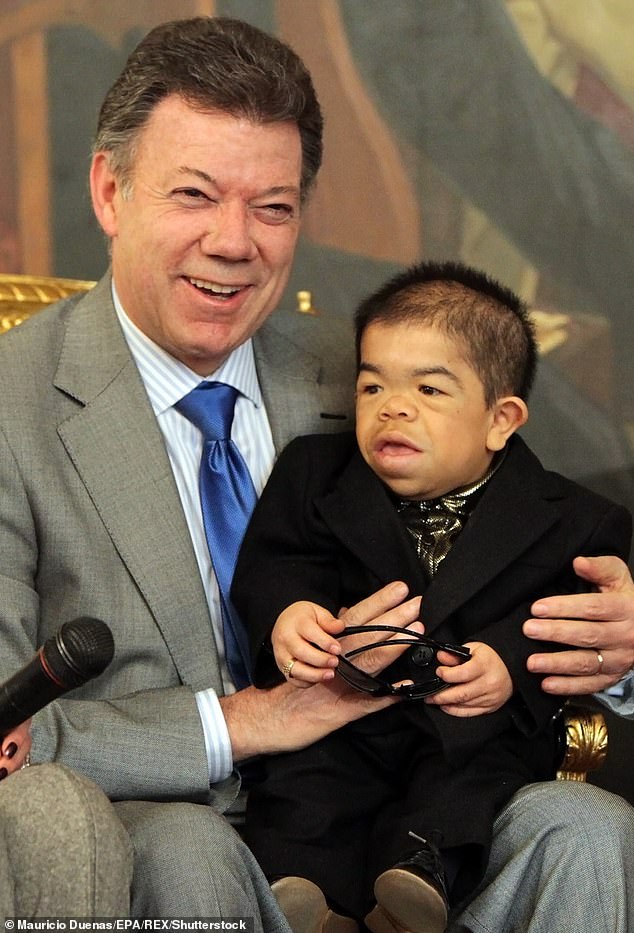 His glory was short-lived however, and just six months later the title passed to 18-year-old Khagendra Thapa Magar, who measured 67.08cm.

The record next went to Chandra Bahadur Dangi, who was a miniscule 54.6cm tall. Following Mr Dangi’s death in 2015 the title returned to Mr Magar.

At the same time, officials decided to split the record into those who could walk unaided and those who needed assistance.

Mr Hernandez regained his record-holder status in January this year as the world’s shortest living mobile man after his predecessor passed away.

The shortest living non-mobile man is Junrey Balawing, from the Philippines.

The tallest living man in the world is Turkey’s Sultan Kösen, who measures 251 cm, or around 8ft 3in. It means he is nearly three-and-a-half times the height of Mr Hernandez.