The 20-year-old was gunned down as he left a motorcycle dealership and declared dead at hospital on Monday. 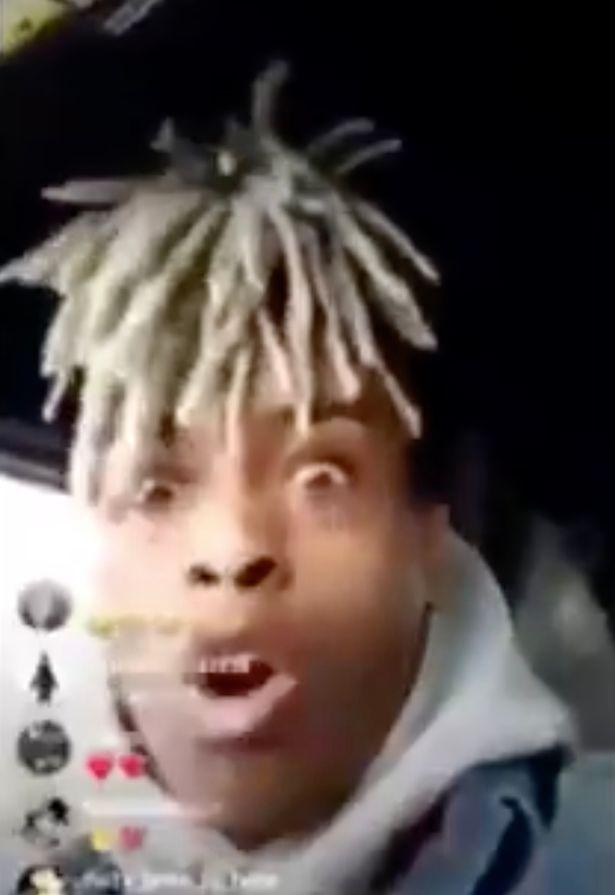 But the rapper, real name Jahseh Onfroy, posted a haunting clip on Instagram recently in which he spoke candidly about he wanted to be remembered if he died.

He said: "If worse thing comes to worst, and I f***ing die or some s*** and I’m not able to see out my dreams, I at least want to know that the kids perceived my message and were able to make something of themselves and able to take my message and use it and turn it into something positive and to at least have a good life.

"If I’m going to die or ever be a sacrifice, I want to make sure that my life made at least five million kids happy or they found some sort of answers or resolve in my life regardless of the negative around my name, regardless of the bad things people say to me."

The artist had more than eight million Instagram followers, many of whom have paid heartfelt tributes.

The music industry has also paid its respects to the star. 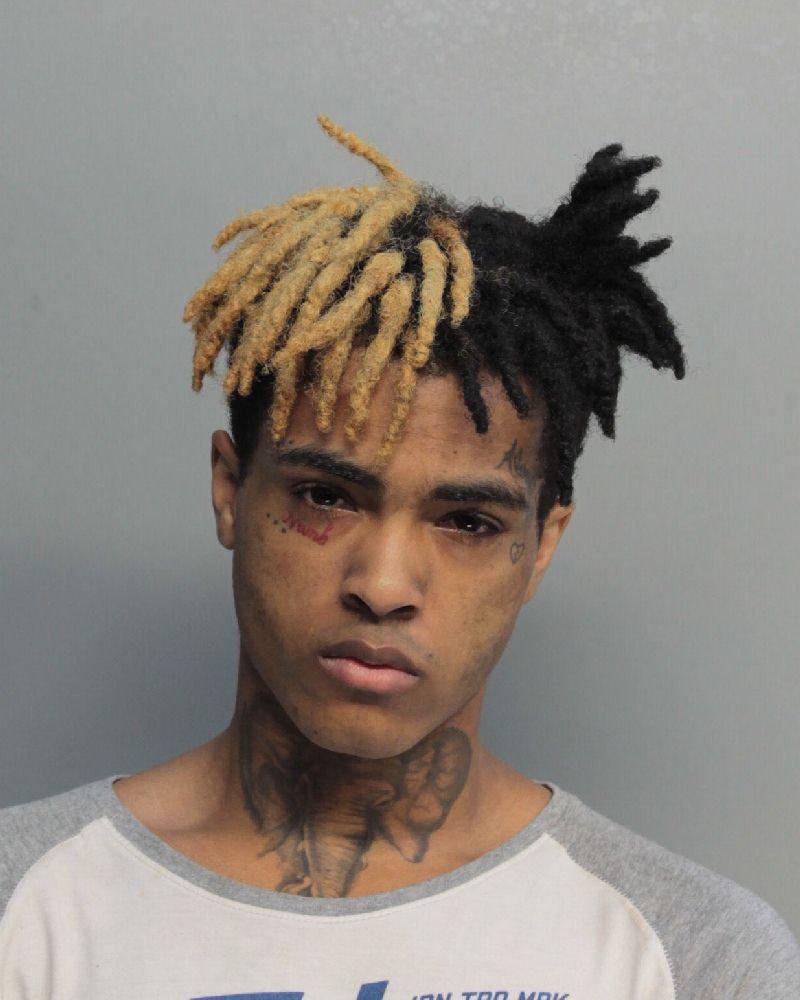 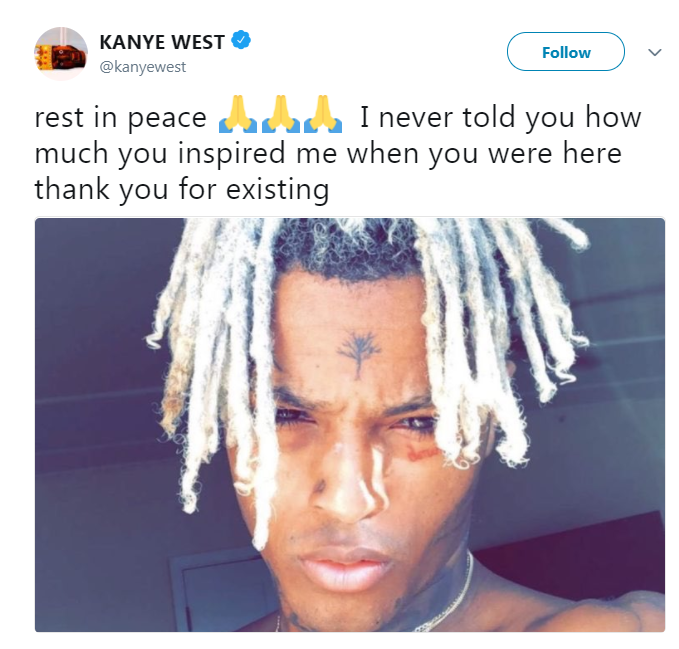 Kanye West expressed his sorrow, writing on Twitter: "Rest in peace I never told you how much you inspired me when you were here thank you for existing".

Blink 182's Travis Barker tweeted: "I’m at a loss for words… speechless #RIPXXXTentacion Loved collaborating with you. You were a true artist, one of the most f***ing talented of our time."

Hip-hop artist and record producer J. Cole wrote: "This got me f****d up. RIP X. Enormous talent and limitless potential and a strong desire to be a better person. God bless his family, friends and fans."

Singer Diplo posted a picture with the rapper and said: "Thanks for inspiring me." 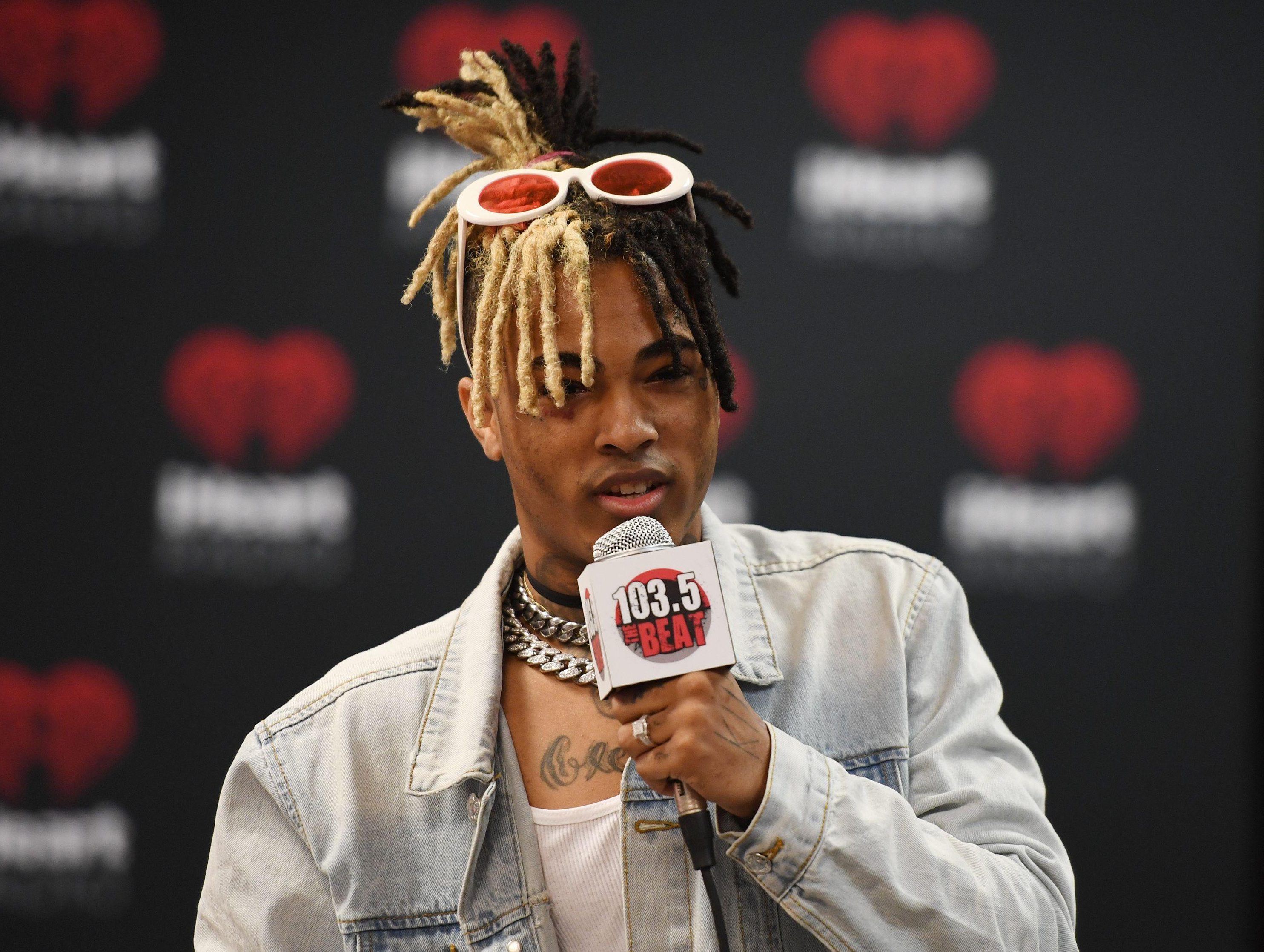 Police confirmed the artist was approached by two armed suspects shortly after 4pm on Monday – they are still being hunted.

At least one of the suspects fired a gun which hit Onfroy as he sat in a BMW before both fled in a dark-coloured SUV, cops said.

Witnesses reported hearing multiple gunshots, and in a clip following the attack the rapper can be seen slumped behind the wheel of his car.

A statement released by the Broward County Sheriff's Department on Twitter said: "Investigators say it appears to be a possible robbery.

"Onfrony was transported to Broward Health North where he was pronounced dead."

According to the dispatch call, the gunmen were wearing hoodies and red masks and made off in a black Dodge Journey, with dark tint and black wheels.

According to TMZ, witnesses told cops a Louis Vuitton bag was stolen from the rapper's car where he was found with "no pulse". 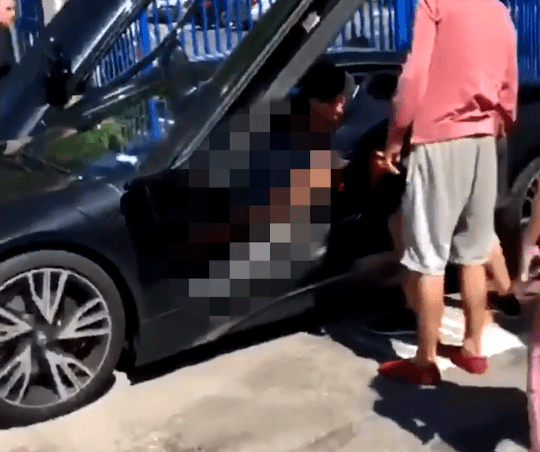 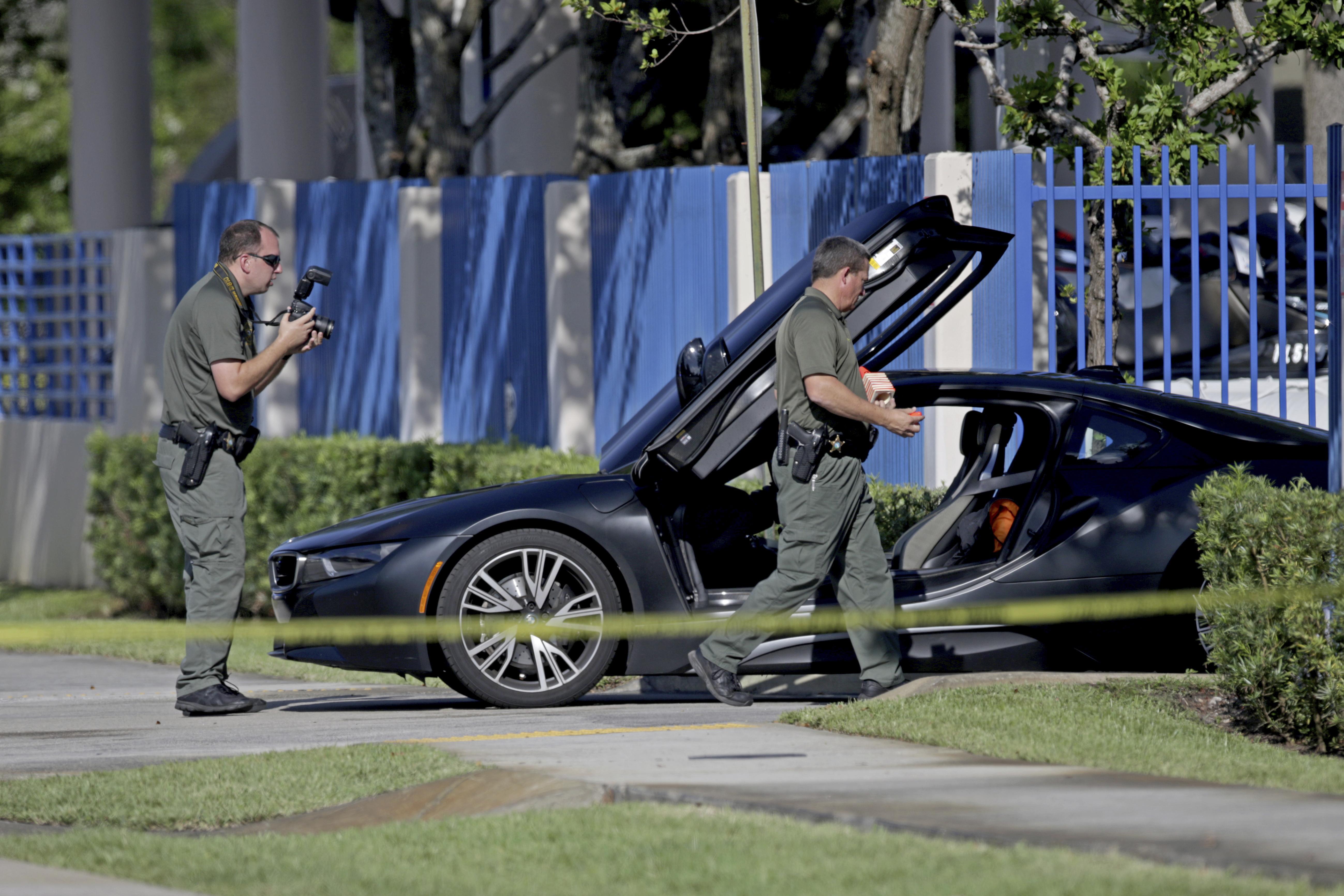 Since news of his death broke rapper Soldier Kidd has insisted he had nothing to do with it, after people thought the cops' description of the killers sounded like him.

Police said the shooter was wearing a red mask before Soldier Kidd and Soldier JoJo posted pictures of themselves posing with a red mask.

But Soldier Kidd said on an Instagram video: "I've been seeing a lot of things going on social media saying I had something to do with XXXTentacion's passing. 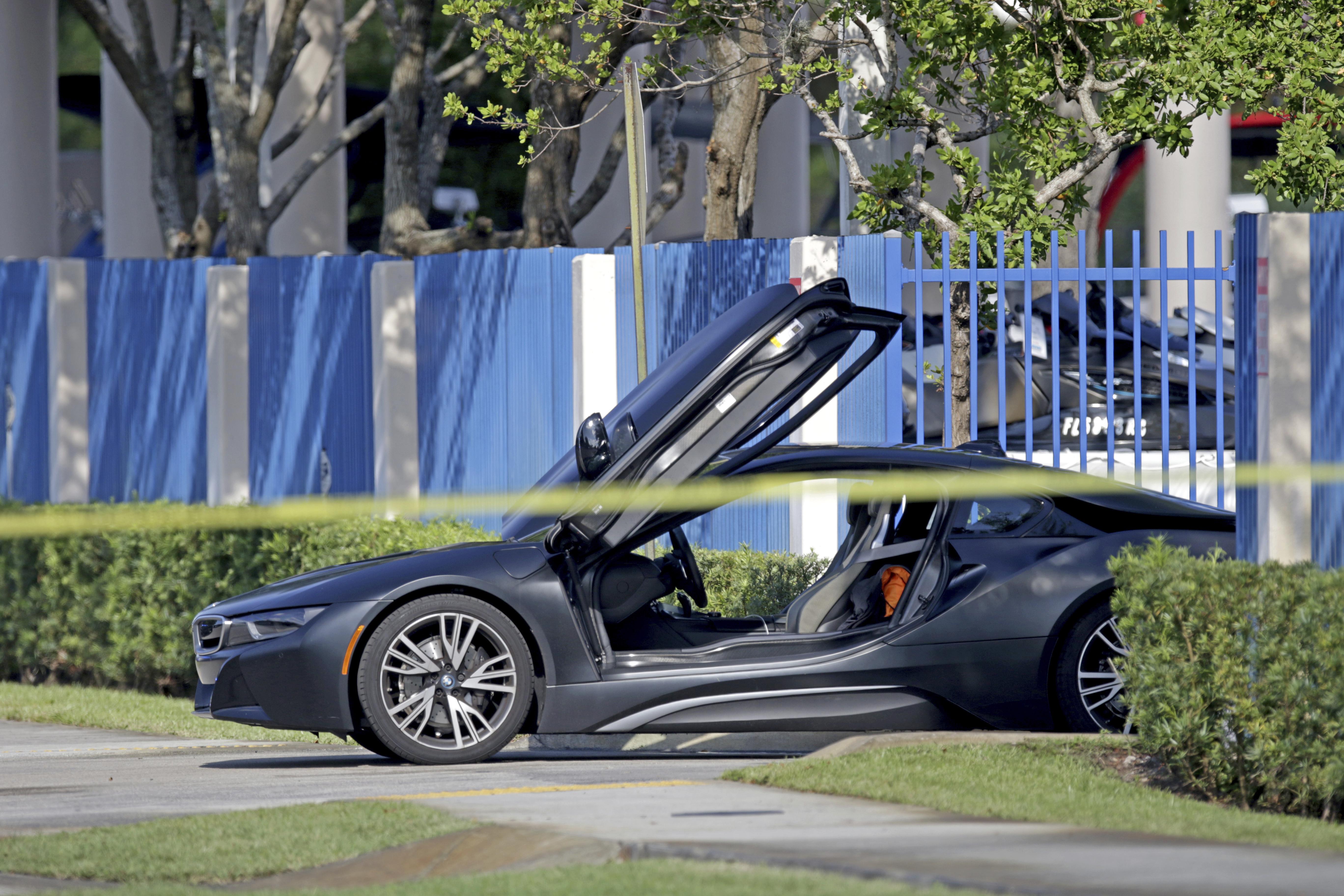 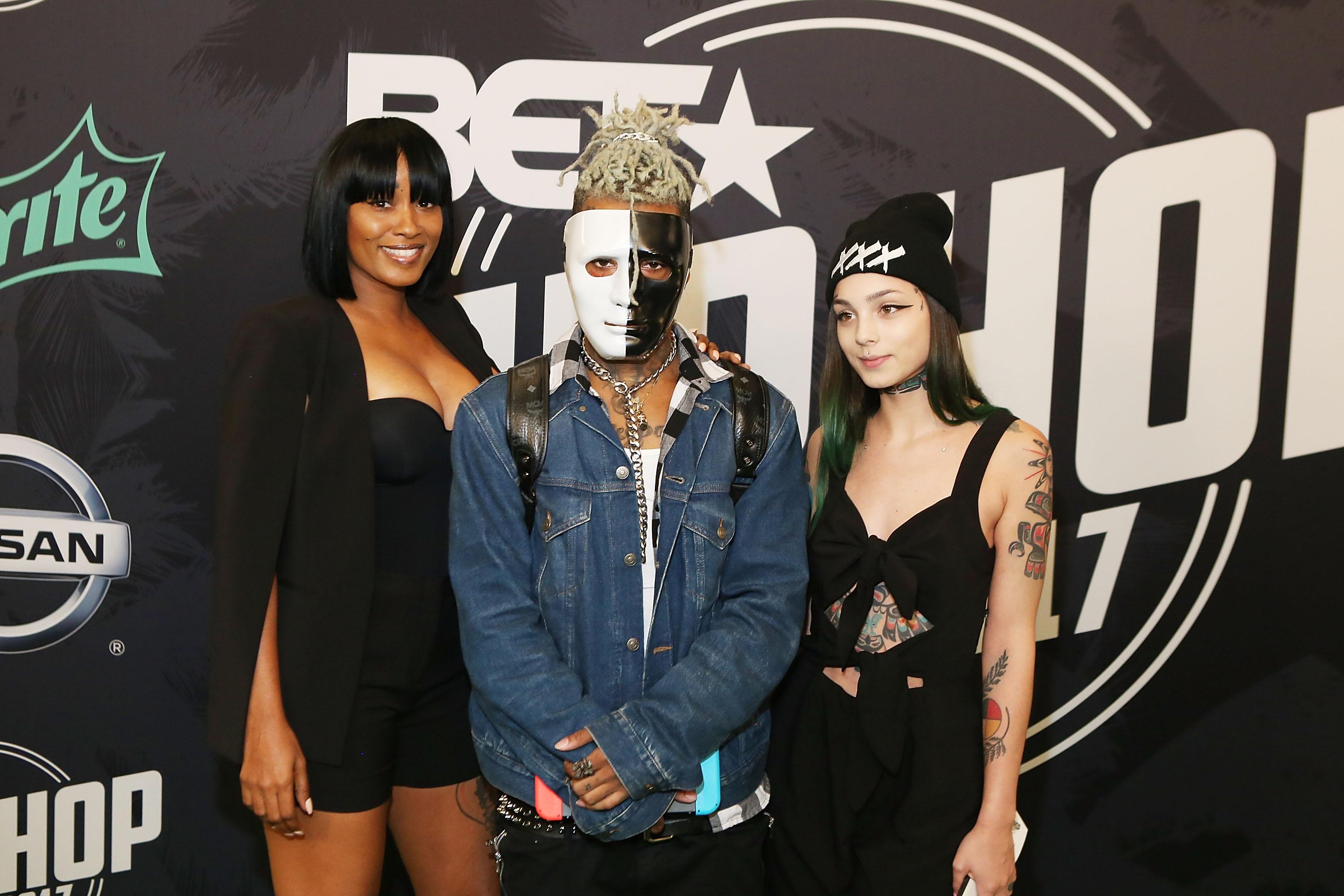 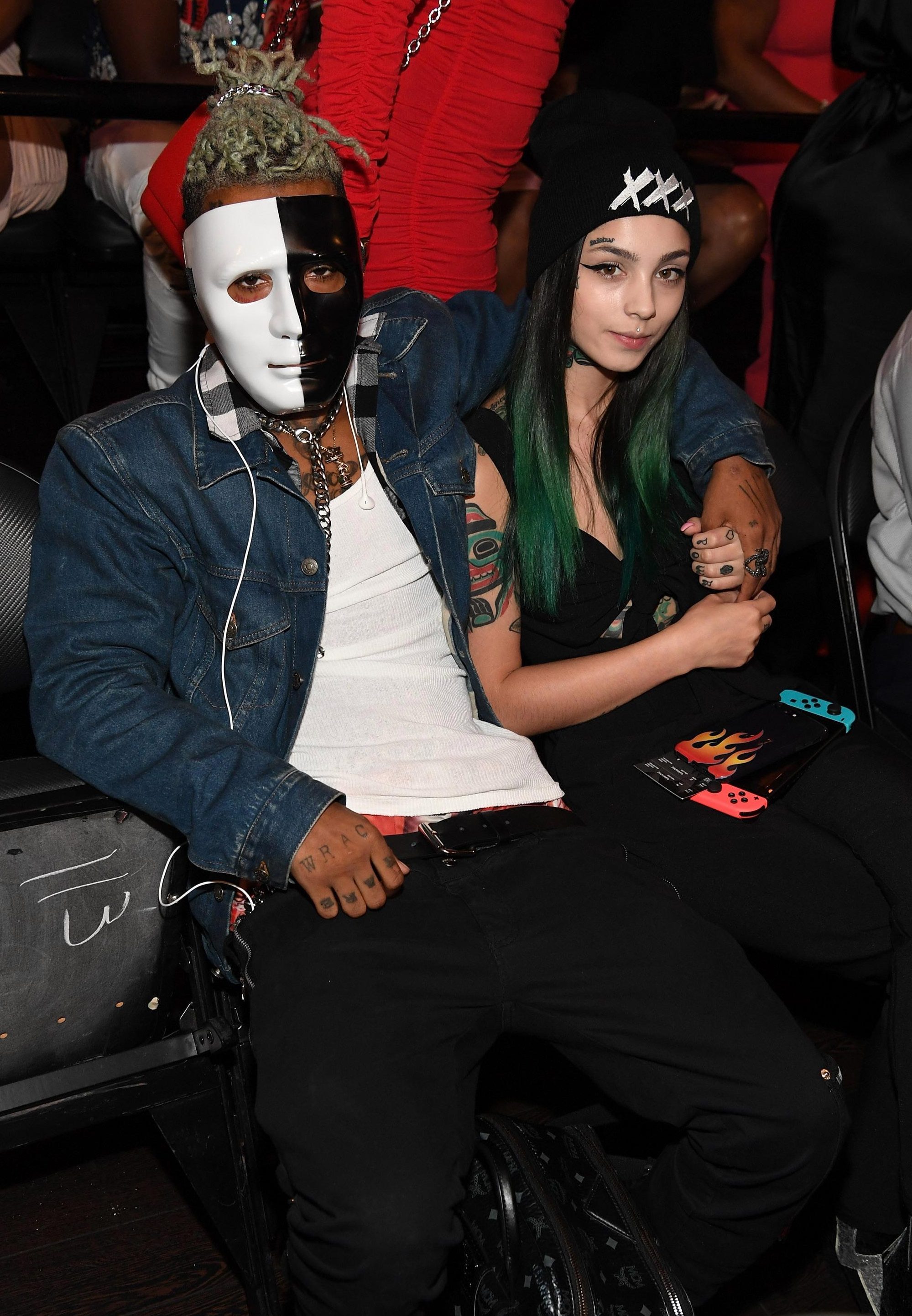 XXXTentacion's short career was blighted by allegations of domestic abuse.

His ex-girlfriend Geneva Ayala accused the rapper of beating her when she was pregnant in 2016.

He pleaded not guilty but was later detained for breaching previous house arrest terms and spent nearly six months in prison.

A second rapper was gunned down in the US yesterday – Jimmy Wopo died in an apparent drive-by shooting.

The 21-year-old was shot in a car as he sat with a friend and died at hospital, police said. 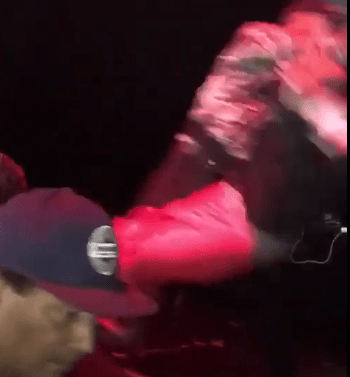 Last year he sparked outrage after releasing a video showed him lynching a white child.

In shocking scenes the rapper could be seen leading a black child and white child up to a swinging noose in a blacked out room.

He could then be seen slipping the noose over the white boy's head.

He then pulls a rope and the boy is raised into the air as his legs can be seen twitching as he his lynched.

In June 2017 the rapper was knocked out on stage – reportedly by a rival's thug pal – sparking a mass brawl.

Dramatic footage shows a man suddenly charge towards the musician mid-way through his performance and deliver a huge leaping punch which sends the star flying.