‘I was traded 14 times among the jihadists’: Yazidi sex slave reveals her horrendous ordeal before she travels to Germany to give evidence against one of her alleged rapists 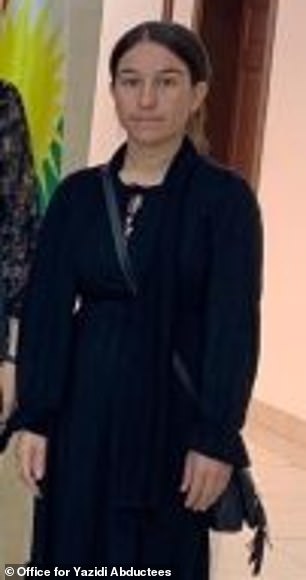 Yazidi woman Shatha Salim Bashar, 28, was captured in Iraq by ISIS militants in 2014

A former ISIS sex slave has spoken about how she was passed around 14 times among different jihadis in the lead up to giving evidence against one of her alleged rapists.

Yazidi woman Shatha Salim Bashar, 28, was captured in Iraq by ISIS militants alongside her mother, sister, and two younger brothers in August 2014.

Her three-and-a-half years’ imprisonment at the hands of the ISIS members allegedly included countless instances of rape, being used as a human shield in Syria and seeing her best friend die on the battlefield.

Shatha initially tried to avoid the wrath of her enslavers by saying she was the mother of her three-year-old brother.

She told Fox News that it made no difference.

‘I can’t forget the first time I was raped,’ she said.

‘I was traded 14 times among the jihadists.’

The 28-year-old next month will testify against one of her alleged rapists in a German court, after he was brought to trial in his European home of origin.

The trial is one of a number recently brought before German courts against alleged ISIS members.

Shatha was one of 6,417 Yazidi to be kidnapped in the ISIS attack on Iraq’s Sinjar Mountain in 2014, according to the Kurdistan Regional Government’s Office of Kidnapped Affairs.

Many of those kidnapped are still unaccounted for, including Shatha’s brothers.

‘We need help to rescue the rest of the people that are still missing,’ she said. 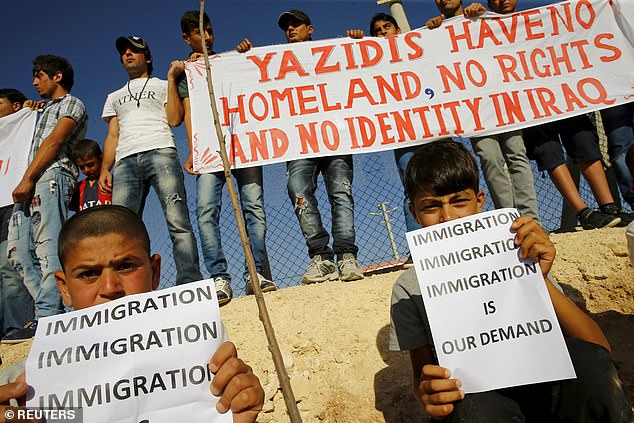 Shatha was one of 6,417 Yazidi to be kidnapped in the ISIS attack on Iraq’s Sinjar Mountain in 2014 (stock photo)

THE PLIGHT OF THE YAZIDIS: THOUSANDS SLAUGHTERED, 7,000 TAKEN AS SEX SLAVES BY ISIS IN IRAQ

Yazidis are a religious minority who lived in an uneasy existence with their Muslim neighbors in Iraq and Syria.

Tens of thousands of Yazidis fled the August 2014 massacre in Sinjar by Islamic State militants.

About 7,000 women and girls were captured by the hard-line Sunni Muslim fighters who view Yazidis as devil worshippers.

Yazidi men and older women were killed. The younger women and girls were held in captivity for sex.

The United Nations described the massacres of the Yazidis as genocide with UN investigators estimating that more than 5,000 Yazidis were rounded up and slaughtered in the 2014 attack.

Investigations have documented horrific accounts of abuse suffered by women and girls.