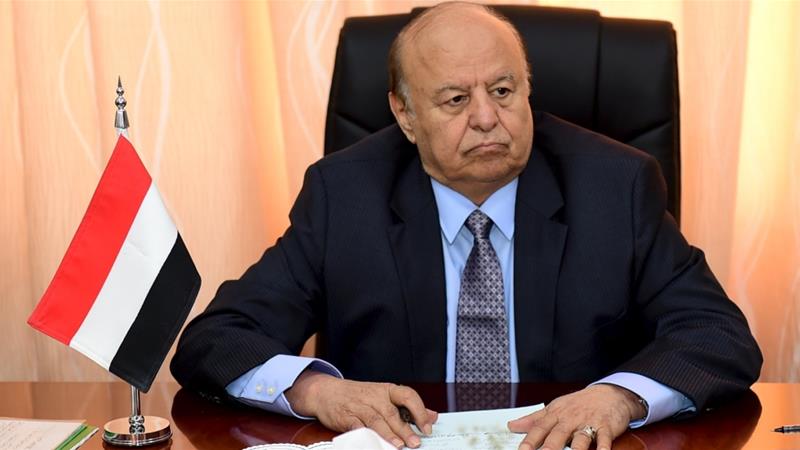 Yemen’s minister of state, who recently said the country’s president was being held under house arrest in Saudi Arabia, has announced his resignation.

In a post on Twitter late on Tuesday, Salah al-Sayadi said: “I declare my final resignation from the government for reasons I will explain later”.

The minister had said that President Abd-Rabbu Mansour Hadi was under house arrest in the Saudi capital, Riyadh. He warned of negative consequences for Yemenis if Hadi did not return to his country.

“All Yemenis are calling for demonstrations and rallies for the return of President Hadi to Yemen,” al-Sayadi said.

Referring to the controversy surrounding Lebanese Prime Minister Saad al-Hariri’s reported detention in Saudi Arabia, al-Sayadi said that while it took the Lebanese people a matter of days to get their prime minister back, the Yemeni president has been lost for three years.

He added that Yemeni pressure for the return of President Hadi would ensure the defeat of “Iranian militias” in Yemen.

In November, the Associated Press news agency reported that Saudi Arabia had been barring Hadi, along with his sons, ministers and military officials, from returning home.

Citing Yemeni officials, the news agency reported that the ban was prompted by enmity between Hadi and the United Arab Emirates (UAE). The latter is part of the Saudi-led coalition against Houthi rebels and has come to dominate southern Yemen, the portion of the country not under rebel control.

Hadi and much of his government have been in Riyadh for most of the war, which began in 2015 but has been continuously sending written requests to Saudi King Salman, asking to return.

Saudi Arabia and the UAE are the two main pillars of the coalition, which is ostensibly defending Hadi’s government and is battling the Shia Houthi rebels.

The coalition has waged an air campaign against the rebels since 2015, and the UAE has a strong military presence in southern Yemen – but the Houthis still control the north.

Hadi’s inability to get back to southern Yemen underscores the president’s loss of authority – even in the south that is nominally under his administration.