He used the 15-minute observation period after receiving his second dose to play “Ave Maria” and Bach’s Prelude in G Major. 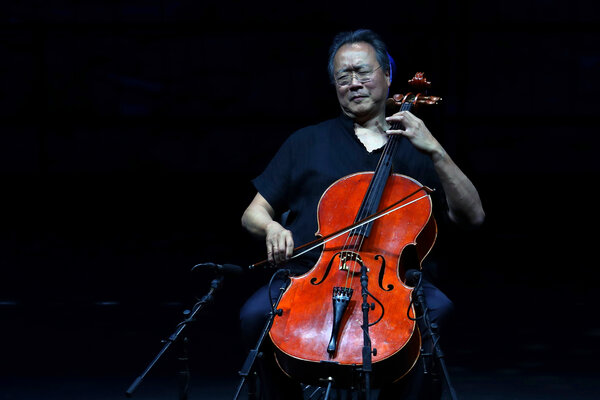 The world-renowned cellist Yo-Yo Ma gave a surprise concert on Saturday at a vaccination site in Massachusetts.

Mr. Ma, 65, who lives in the Berkshires part time, was spending 15 minutes in observation after receiving his second dose of a Covid-19 vaccine at Berkshire Community College in Pittsfield, Mass. He “wanted to give something back,” Richard Hall of the Berkshire Covid-19 Vaccine Collaborative told The Berkshire Eagle.

Clips shared on Facebook by the community college show the masked musician seated with his cello against a wall, away from other people under observation after being vaccinated. The songs included “Ave Maria” and Bach’s Prelude in G Major.

His post-vaccination performance came one year to the day after he first posted on Twitter about his project #SongsOfComfort, sharing a recording of himself playing Dvorak in an effort to reassure an anxious public as lockdowns began in the United States and elsewhere. Other musicians, both professional and amateur, soon joined in. In December, Ma and the British pianist Kathryn Stott released “Songs of Comfort and Hope,” an album that was inspired by the project.

“People need each other for support beyond the immediate staples of life,” Mr. Ma told The New York Times in November. “They need music.”