This is the shocking moment a Yodel delivery man threw two parcels into builders’ skips outside the intended recipient’s house.

The footage was taken yesterday by Sophia Jayne, from the upper window of her property in Aveley, Essex.

It shows a car pulling up and the delivery man passenger exiting the vehicle with three packages.

He casually tosses a parcel –  the first of two packages containing photos for Ms Jayne – into a nearby skip and then approaches her home and correctly delivers the other half. 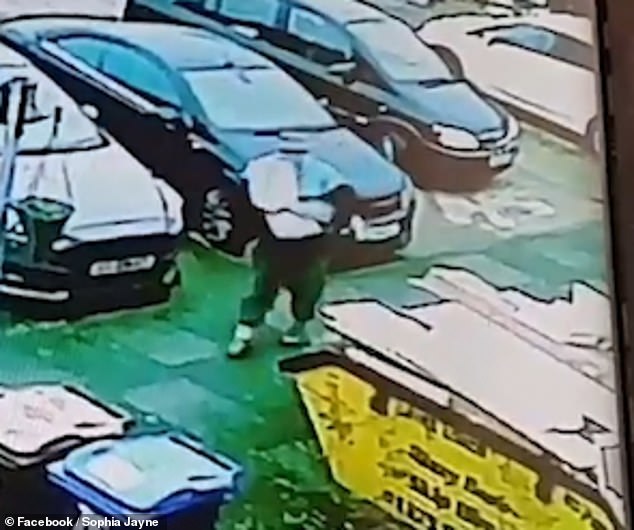 The Yodel delivery man, carrying three parcels, dumps one of them in a skip near the home of Sophia Jayne, in Aveley, Essex. It was one of two packages intended for her, and contained photos 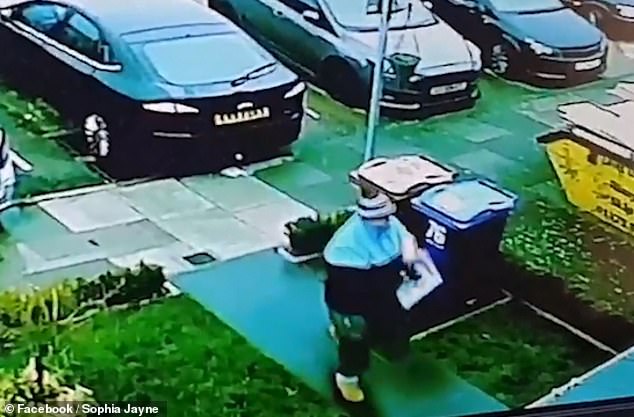 In the footage, taken yesterday, he then approaches her house and delivers the other half of her photos

Bizarrely, the Yodel worker goes back to the original skip, retrieves the package, which is ripped open, and dumps it – along with a supply catalogue for a local school nursery – into a second skip.

He is then picked up by his driver and leaves.

Ms Jayne, 28, told MailOnline: ‘The package that was dumped in the skip was a supply catalogue for the local school which had their details on. 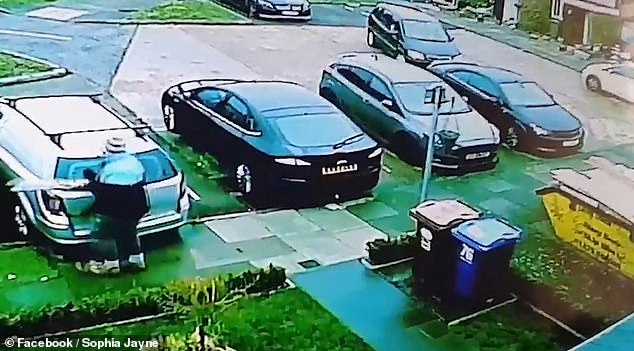 After returning to the first skip, he retrieves the damaged parcel and throws it – along with a supply catalogue intended for a local nursery school – into another skip (just out of view, to the left) 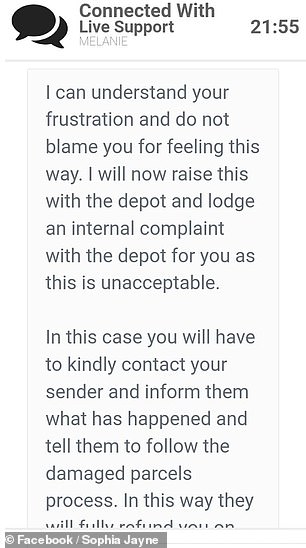 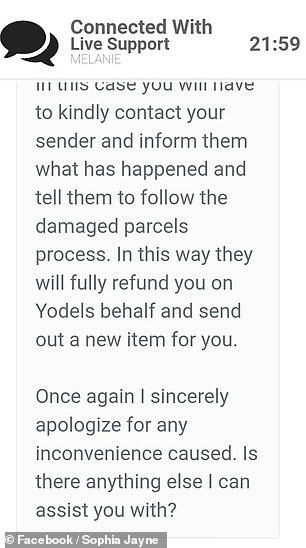 ‘My parcel contained pictures from a photo shoot. He had three parcels in his hand, he delivered me one and threw the second part of the parcel in the skip and the catalogue.’

‘I looked back on CCTV as I had noticed [part of my delivery] wasn’t in the first parcel and wondered if he had dropped it or something – but saw him throw it in the skip’.

When Ms Jayne contacted Yodel, she was told by a member of their support team that an internal complaint would be lodged with the depot for its ‘unacceptable’ behaviour.

The support worker added that she would be refunded and a new item would be sent to her.

A Yodel spokesperson told MailOnline: ‘We would like to apologise to Sophia for the issues she has encountered here.

‘The safe delivery of parcels is our absolute priority and we are disappointed to see this CCTV footage of a Yodel delivery driver behaving in this way and breaking our strict protocols.

‘This behaviour clearly does not meet the high standards we expect from our colleagues and we are investigating the situation fully.’