Pictured: Mom and daughter, 12, killed in fiery wreck after famous YouTube gamer, 18, drove his $500k McLaren the wrong way down the freeway at 100mph and plowed into them to ‘commit suicide’ 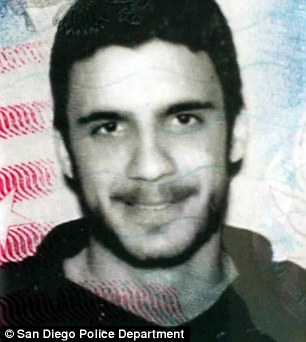 Trevor Heitmann, 18, has been identified as the driver of a sports car speeding at 100mph in the wrong direction, killing a mother and her daughter on Thursday

Police have identified the driver who killed himself and left a mother and daughter dead in a 100mph car crash as teenage Youtube gaming star Trevor Heitmann.

The 18-year-old sped down I-805 HOV at 4.30pm on Thursday driving in the wrong direction and collided into a Hyundai SUV, resulting in the fiery crash.

The mother has been identified as Aileen Pizarro, 43, and her daughter as Aryana Pizarro, 12, by her son according to the San Diego Union Tribune.

After the crash friends and online users informally identified Heitmann as the driver. The California Highway Patrol confirmed his identity in a press conference on Friday.

Heitmann, from San Diego, rose to stardom in the popular video game Counter Strike: Global Offensive and ran a YouTube channel where he was known as ‘OG McSkillet’ and had 900,000 subscribers.

However his lucrative gaming career came to a halt after he was banned from selling ‘skins’, virtual textures for weapons in the game, which lost him $100,000 in virtual inventory.

Some of his fans on Twitter speculate that the crash was a suicide attempt. 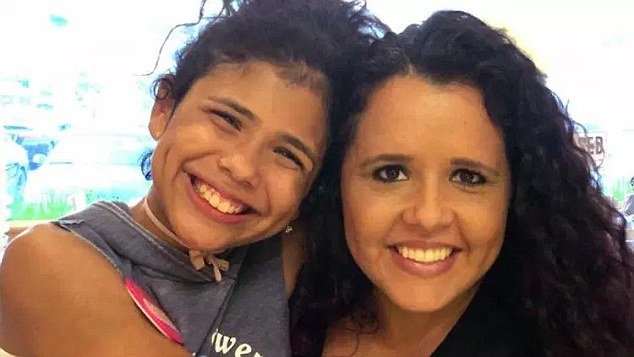 Victims: On Thursday as he drove on the highway in the wrong direction he collided with a Hyundai SUV, killing San Diego mother Aileen Pizarro, 43, and her daughter Aryana Pizarro, 12 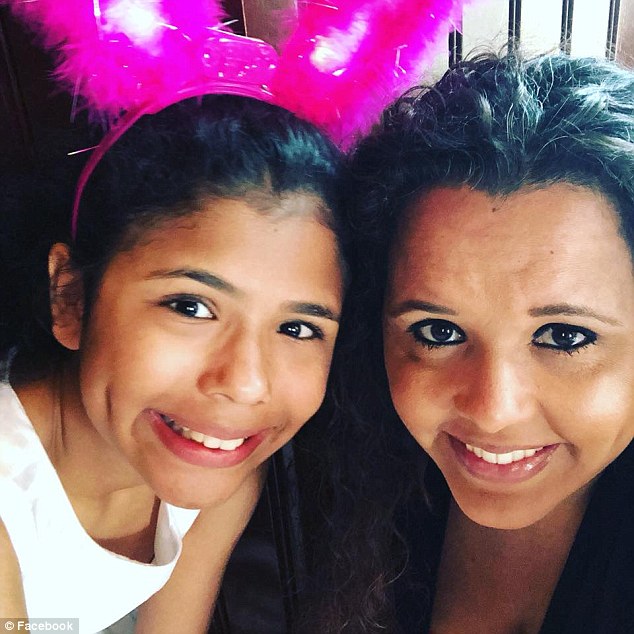 Mom and daughter: The duo were headed to Orange County on Thursday prior to the crash 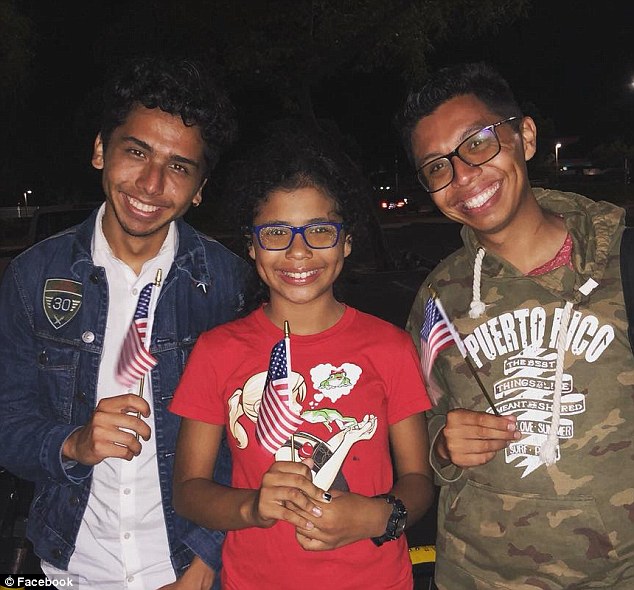 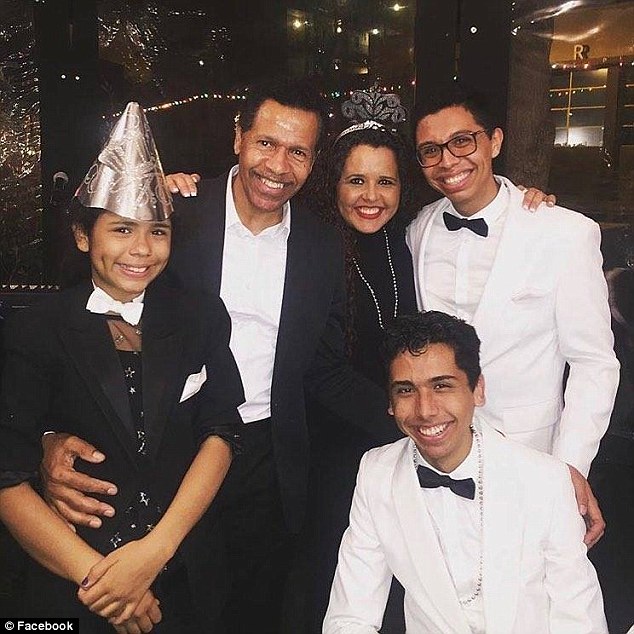 Aileen’s son Dominic said: ‘She was selfless. She didn’t think about herself at all’, family pictured together above

Aileen Pizarro and her family lived in the College area and she worked as a marriage and family therapist.

Her daughter was going to start seventh grade on Monday, her brother 22-year-old Dominic Pizarro said.

The mother and daughter were headed to Orange County on Thursday.

When a CHP officer brought the family the bad news, Dominic said ‘I lost it’.

Aileen leaves behind two sons, Dominic and 19-year-old Angelo, and her father.

A GoFundMe page has been started for the Pizarro family and has already raised $7,238 towards funeral costs.

Speaking on his sister Aryana, Dominic said: ‘She was a girly-girl, but she was also tough. She was alive with energy.’ He added she had ambitions to be a jazz singer.

He added that his mother Aileen ‘did everything for us. We were raised by her and our grandpa.’

‘She was selfless. She didn’t think about herself at all,’ he said. 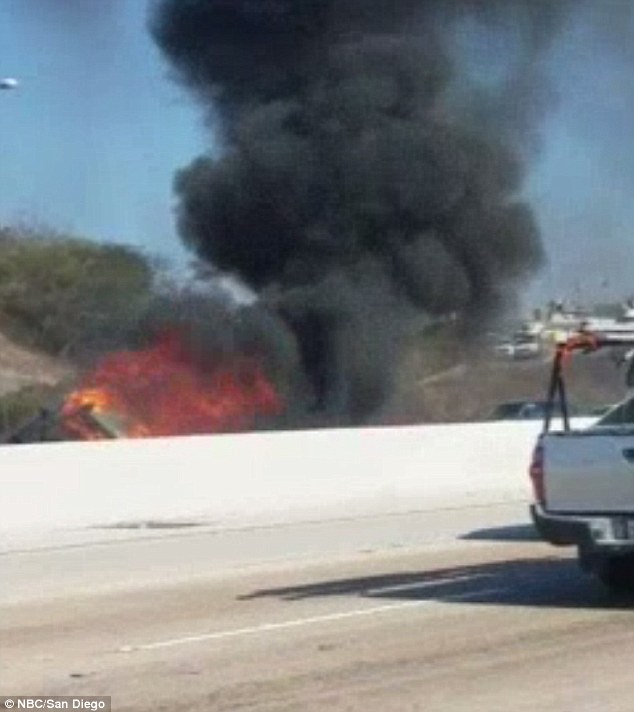 The horrific crash unfolded on Thursday afternoon where Heitmann was speeding southbound in the northbound lane of the highway I-805 HOV and hit the Pizarro family’s SUV, causing both vehicles to burst into flames

Heitmann, Aileen, and Aryana all perished in the crash that left the YouTuber’s $500,000 McLaren 650S in obliterated pieces of rubble, pictured above

It’s not clear why Heitmann was driving 100mph in the wrong direction on the highway, the crash’s damage pictured above

The horrific crash unfolded on Thursday afternoon as Heitmann was speeding southbound in the northbound lane of the highway and he hit the Pizarro family’s  2010 Hyundai SUV, causing both vehicles to burst into flames.

The impact was so strong debris from a dozen damage vehicles were sent flying across the highway lanes.

The crash left one other person injured. They were taken to the hospital with non-life threatening injuries.

The CHP says that Heitmann driving the McLaren likely entered the freeway at the Caroll Canyon Road entrance.

Video from the scene shows the McLaren engulfed in flames in the middle of the road.

Thirty minutes before the crash, witnesses saw a teenage boy in a black McLaren smash through the gates of an elementary school. No one there was hurt.

Witnesses who saw Heitmann plow his vehicle through the gates of Ashley Falls Elementary School said they were afraid he was trying to hurt children.

‘I was worried he was going to hit the two people standing at the gate.

‘They stood in the middle trying to stop him, doing hand motions but he didn’t stop at all. If they didn’t move they would’ve got run over.

‘He didn’t stop his car, he just kept accelerating and the gate busted open when he hit it,’ Alec Galloway told Fox News. 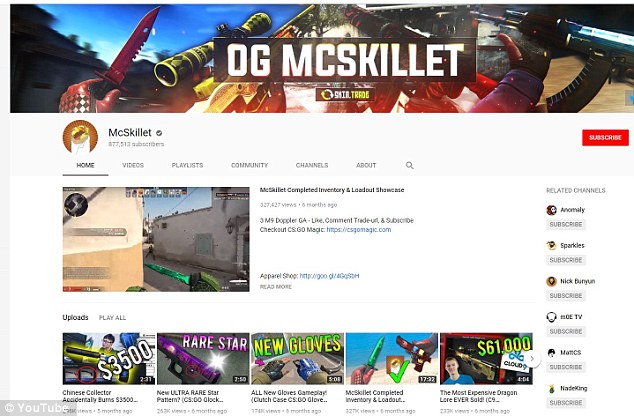 The McLaren driver has been named as Trevor Heitmann, a prolific YouTube gamer known as McSkillet, who attracted 880,000 followers through his knowledge of CS: GO 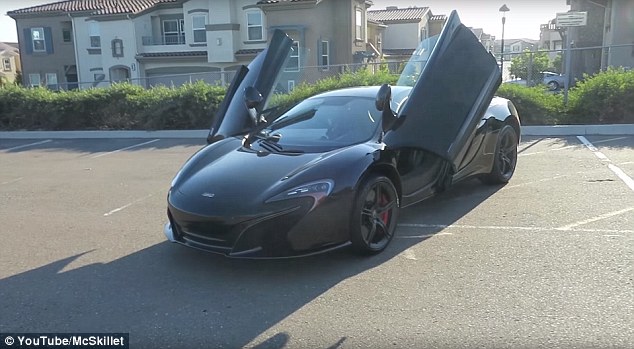 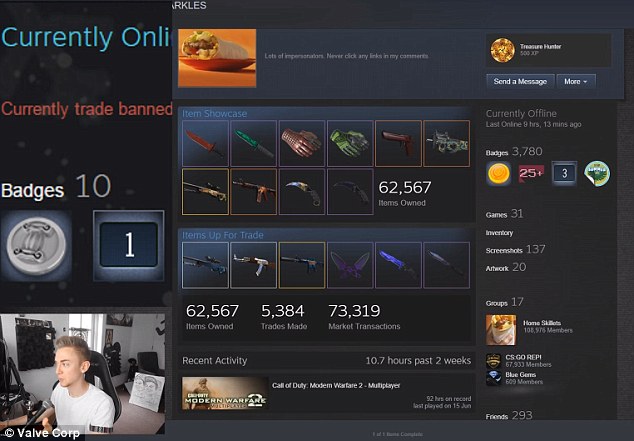 Heitmann had recently been banned from trading skins on Valve which cost him as much as $100,000

Heitmann made a career on his gaming YouTube channel OG McSkillet where he boasted 900,000 followers and often did giveaways.

In the game he once sold an inventory of skins – virtual textures for weapons – to his massive fan base.

However he was recently banned from making and selling the e-sports products in the game, which had brought him sizable income, due to his involvement with gambling site CS: Magic.

The ban meant he lost around $100,000 in virtual inventory which he could have sold, according to his fans and gaming industry pundits.

Following the crash friends and fans of McSkillet paid tribute to him, blaming his death on Valve, the company that banned him from trading in the game.

He never revealed his real name on his gaming channel nor his face online.

However in one of his YouTube videos where he displays his black McLaren 650S he describes the car as ‘pretty damn insane’ and ‘beats just about every other super car in a drag race’.

He said he could make such a hefty purchase because he ‘made a ton’ of money with his weapon skins sales in the Counter Strike: Global Offensive game.

A friend on Twitter said that Heitmann was going through a hard time at the time of the crash.

Twitter users speculate that he intentionally drove into oncoming traffic in a suicide attempt.