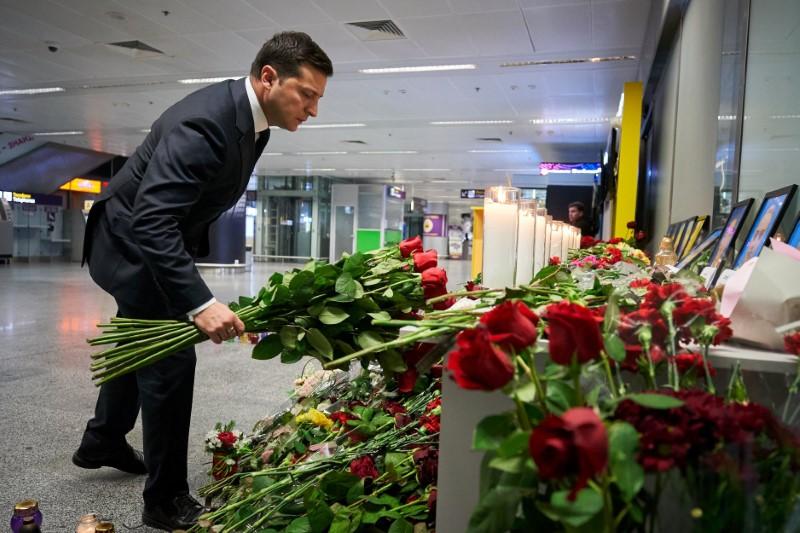 KIEV (Reuters) – Ukrainian President Volodymyr Zelenskiy on Wednesday asked Chancellor Angela Merkel for Germany’s support in bringing the perpetrators of last week’s plane crash in Iran to justice, according to a statement issued by Zelenskiy’s office.

After initially denying blame, Iran acknowledged on Saturday that it had mistakenly shot down a Ukrainian passenger plane, killing all 176 people on board shortly after it took off from Tehran for Kiev.

Zelenskiy said in a phone call with Merkel that he expects the perpetrators to be prosecuted and the families and airline to be compensated. “The President of Ukraine called on Germany to contribute politically to this process,” the statement said.