KIEV (Reuters) – Ukrainians started to vote in a snap parliamentary election on Sunday that could consolidate the power of new President Volodymyr Zelenskiy and hand the novice politician a stronger mandate for driving change in the war-scarred nation. 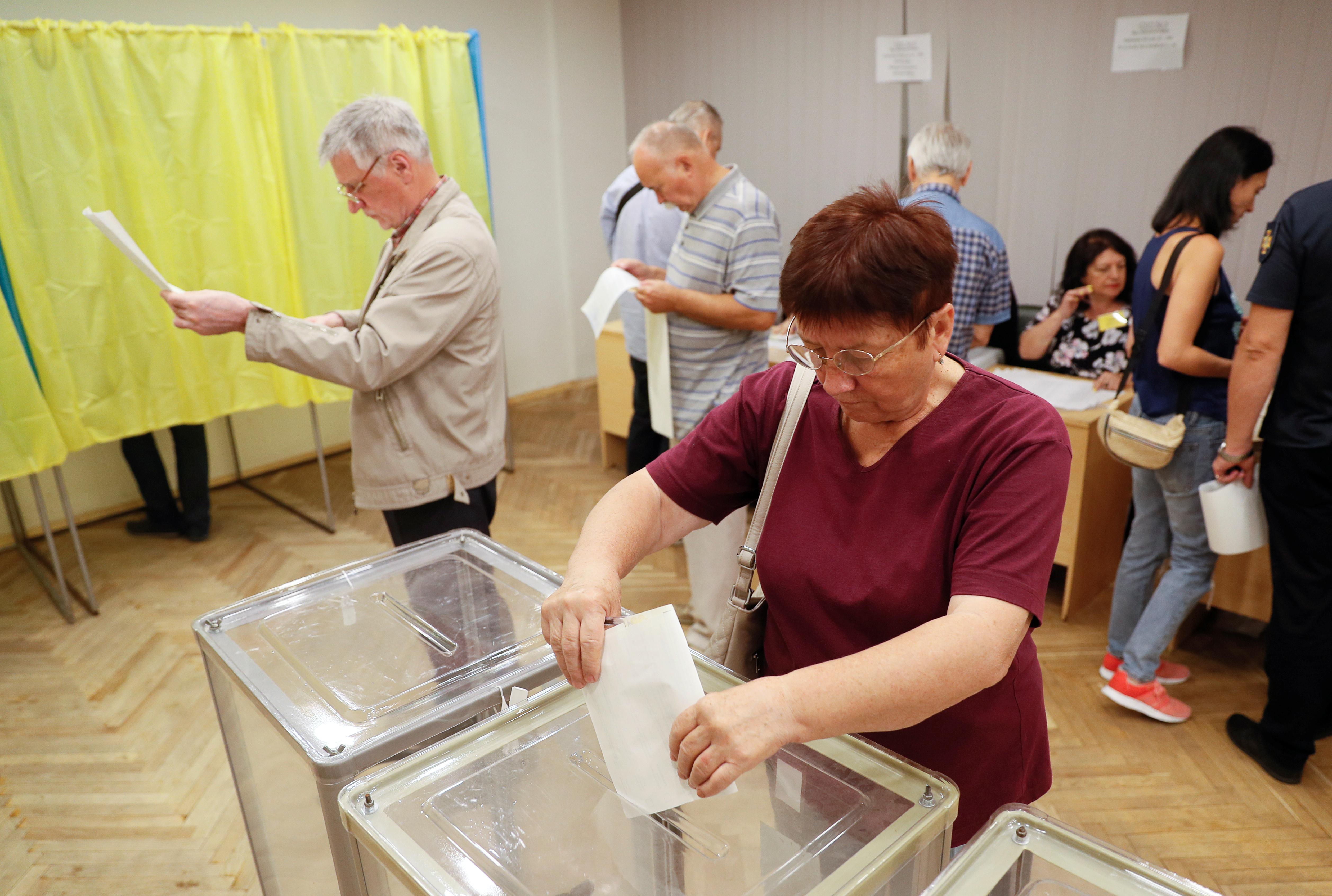 A comedian with no prior policymaking experience, Zelenskiy caused a political earthquake by winning a landslide presidential election victory in April. He cast himself as an everyman outsider who would tackle corruption and raise living standards in one of Europe’s poorest countries.

Zelenskiy’s Servant of the People party, named after the TV comedy where he played a fictional president, has consistently led the opinion polls for the parliamentary vote but might fall short of a majority.

At present, the 41-year-old leader shares power with a cabinet and lawmakers who are mostly loyal to his predecessor.

Whoever wins the election will inherit a country at the center of the West’s standoff with Moscow following Russia’s annexation of Ukraine’s Crimea peninsula in 2014 and its role in a separatist conflict in the Donbass region of eastern Ukraine that has killed 13,000 people in the past five years.

The new government will also need to implement reforms agreed with international donors in order to secure billions of dollars of new loans to keep the economy stable. Zelenskiy announced a snap election on the day he was inaugurated in May.

“By calling an early election, the new president hoped to keep the momentum of his presidential victory going. He is backed in this attempt by a majority of Ukrainians who view parliament as inherently corrupt and have given Mr Zelenskiy a mandate to ‘clean up’ the political class,” said Agnese Ortolani of the Economist Intelligence Unit.

“We expect Mr Zelenskiy to be given a broad mandate from the Ukrainian people to move forwards with the set of ambitious reforms that he laid out in the first weeks of his presidency.”

Beyond his everyman image, Zelenskiy has faced scrutiny over his business connections to one of Ukraine’s most powerful tycoons, Ihor Kolomoisky.

Kolomoisky has fought a protracted legal battle with the state over control of Ukraine’s largest lender, PrivatBank, which was nationalized against his wishes in 2016.

Zelenskiy insists he is not beholden to Kolomoisky and will not take his side. A rollback of PrivatBank’s nationalization would likely lead to foreign creditors freezing aid.

TALKING TO YOUR FRIEND

So far, Ukrainians appear willing to give Zelenskiy the benefit of the doubt. Servant of the People has held a commanding opinion poll lead over the Russian-friendly Opposition Platform in second place.

Also in the running are the parties headed by the man Zelenskiy beat in April – former president Petro Poroshenko, and that of former prime minister Yulia Tymoshenko. The Voice party, fronted by rock star Sviatoslav Vakarchuk, is seen as a possible coalition ally for Zelenskiy.

Zelenskiy has promised to keep the country on a pro-Western course while securing peace in the Donbass region.

He will seek a new aid-for-reforms program with the International Monetary Fund and has promised crowd-pleasing anti-corruption measures, such as stripping lawmakers of their immunity from prosecution.

Often tie-less and speaking to voters through social media videos, Zelenskiy has carried his informal style from the campaign trail into the presidency.

A recent poll by the Washington-based National Democratic Institute asked voters which politicians they thought were interested in hearing their opinions. 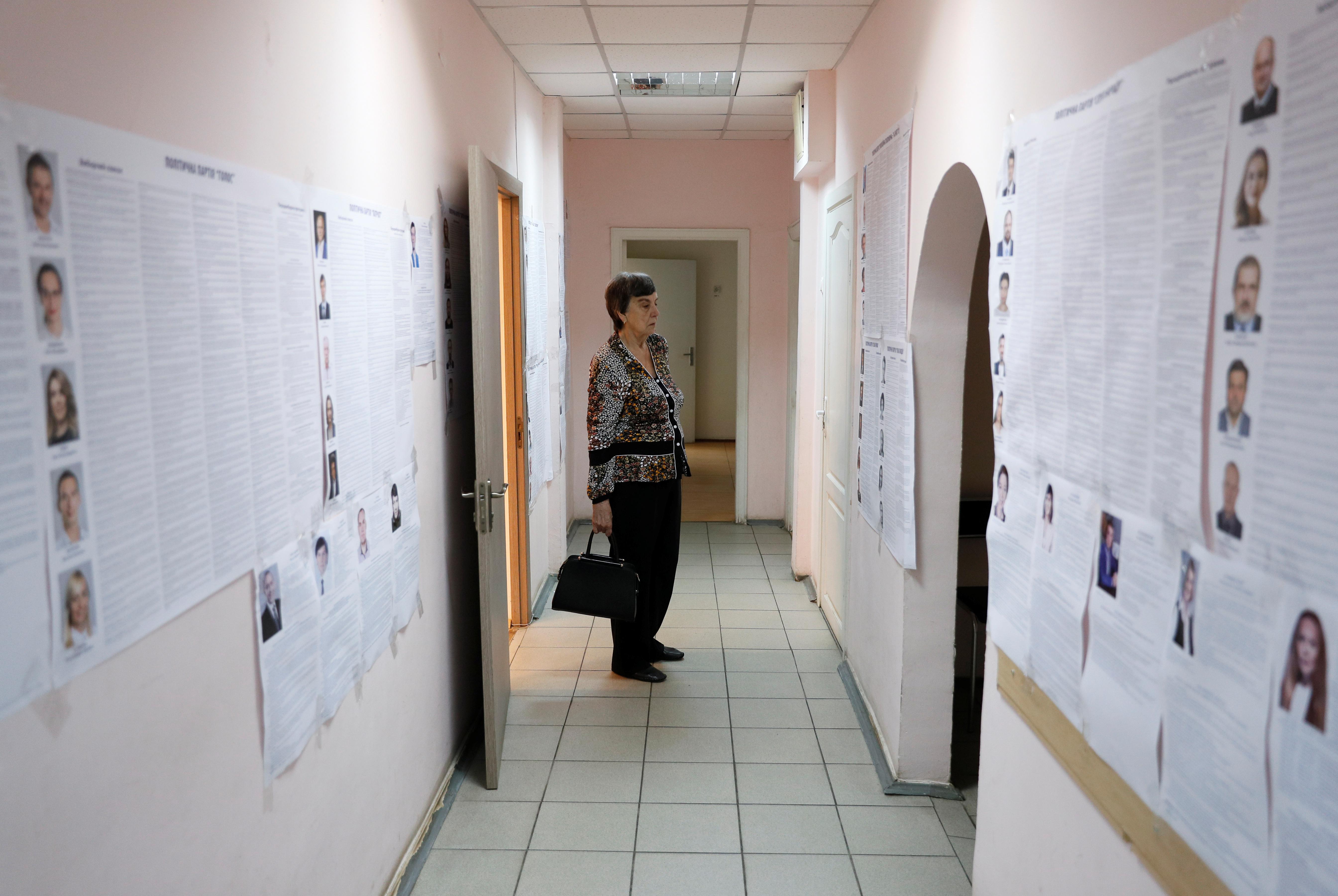 Zelenskiy scored 49 percent, compared to eight percent for former president Poroshenko. Two-thirds of those surveyed thought Zelenskiy would make changes that mattered to them.

“The president and his team have demonstrated a new way of doing things. Politics is changing. It’s more interactive,” said Ian Woodward, the Ukraine Deputy Director for the NDI.

“Communicating directly in real language that people can understand, it’s not standing from up on high or at a distance,” he said. “It’s like talking to your friend. Much more informal and conversational language.”