They’re tails from the crypt.

Minks massacred amid a coronavirus outbreak in Denmark appeared to rise from the grave like zombies due to a bizarre biological phenomena, according to a report Wednesday.

Thousands of the animals were slaughtered and dumped in a makeshift mass tomb near the town of Holstebro after they were found to be carrying a mutated COVID-19 strain earlier this month, according to Agence France-Presse.

But the furry critter corpses were buried just 3 feet deep in a rush to dispose of them — and were then pushed to the surface by gasses released during the decomposition process, the outlet reported.

The hair-raising sight was spotted in a military training field, not far from a lake in the country’s western region — infuriating local elected officials, who called the flawed burial a potential public health nightmare.

“The authorities are playing with our environment and using it as a dumping ground,” Leif Blogger, a local politician, told Jyllands-Posten newspaper.

The creepy carcasses could cause phosphorus and nitrogen pollution, officials said.

But the country’s environmental ministry, which was responsible for the burial, called the spine-tingling screw-up a “temporary problem tied to the animals’ decaying process,” according to the outlet. They noted the animals should have been buried under at least 5 feet of dirt. 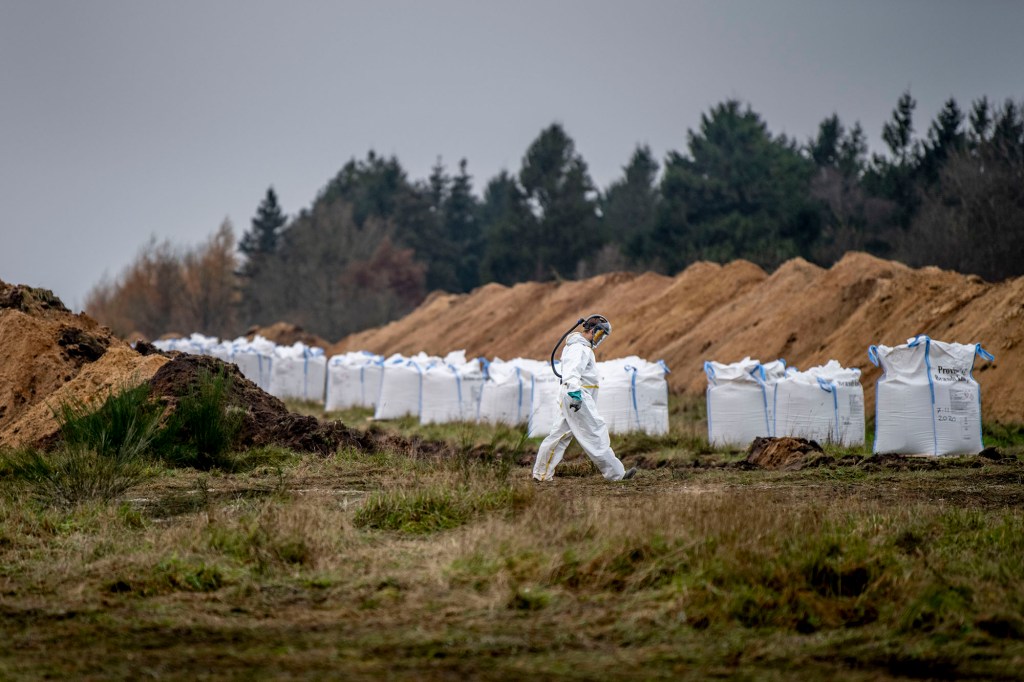 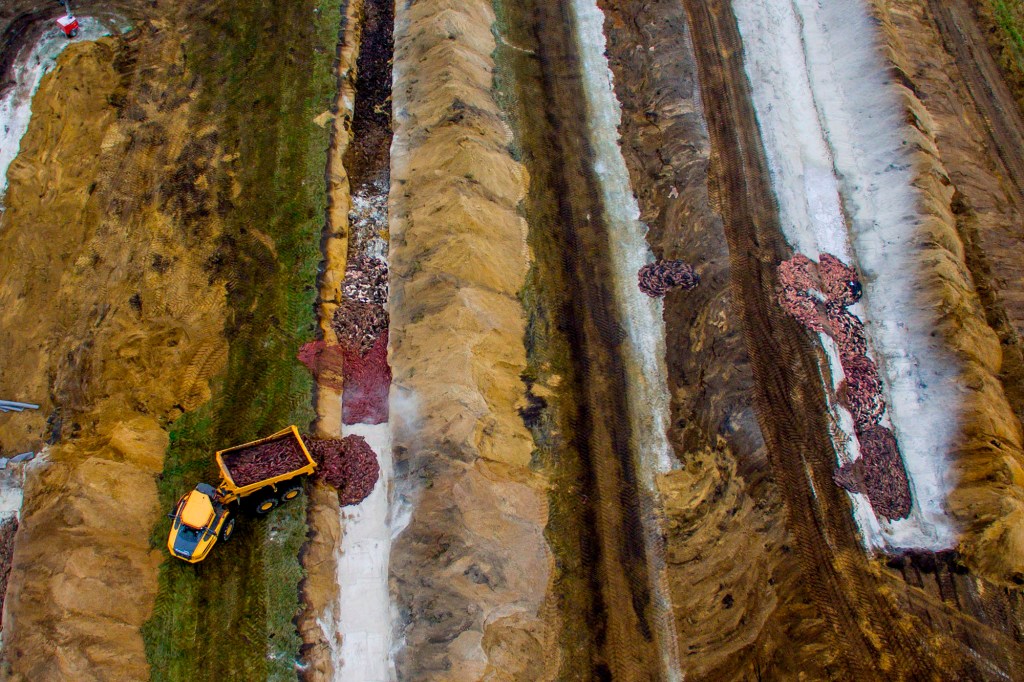