A couple from New York got the fright of their lives after a ‘zombie’ rat came crawling out of their sink plughole.

Bari Finkel, from Brooklyn, said the rodent crawled out of the drain pipe in the bathroom of their Bedford-Stuyvesant apartment on Friday night.

Finkel said that first she knew of the creature’s presence was when her boyfriend let out a scream. 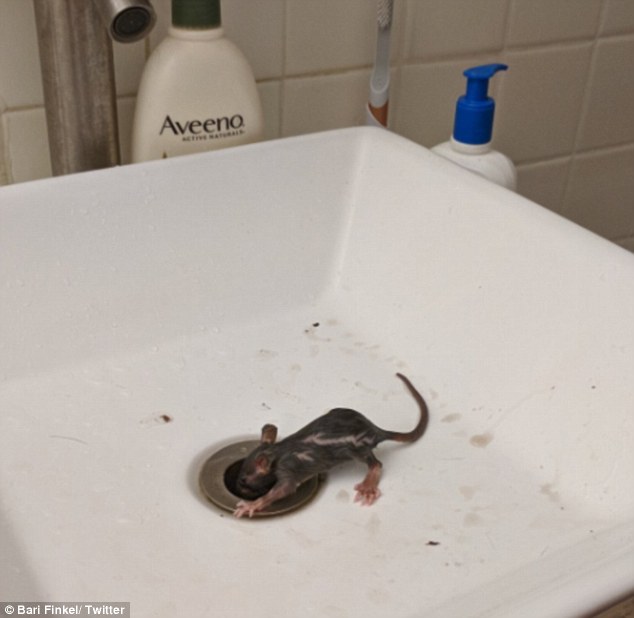 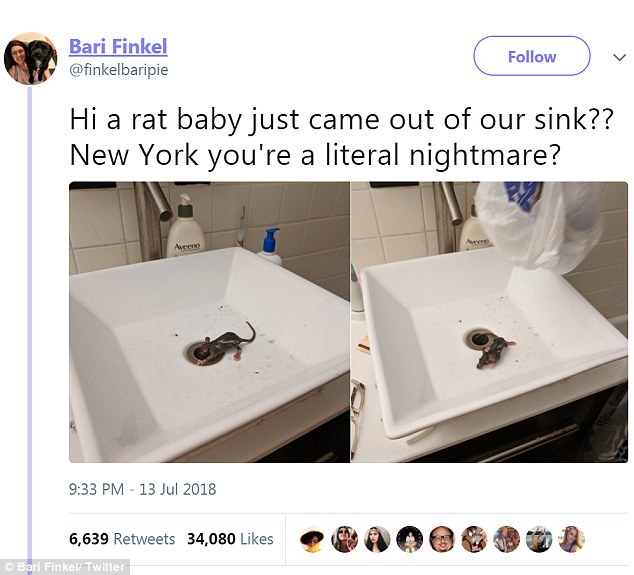 She thought that he had somehow hurt himself but soon began yelling herself upon seeing the revolting rodent.

‘It looked like a zombie coming out of the grave,’ she recalled. ‘I looked over and saw this small creature just emerging from the drain,’ she said to NBC4. ‘It was so insane I couldn’t not laugh.’

The critter was able to crawl up through the drain because the pair had removed the sink stopper after they found the water was taking a long time to drain away. Now they know the reason why.

After the shocking discovery Finkel went back to the living room to keep her dogs out of the bathroom. 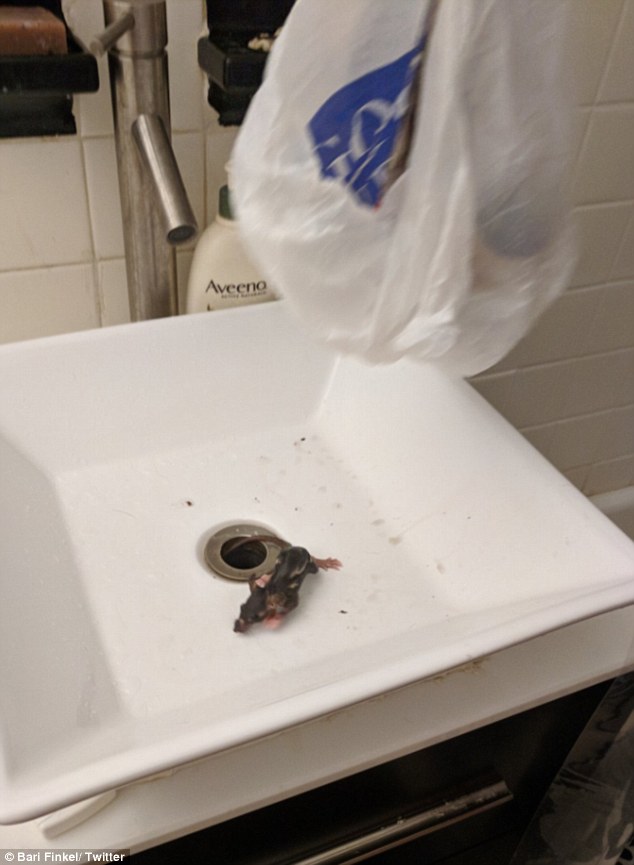 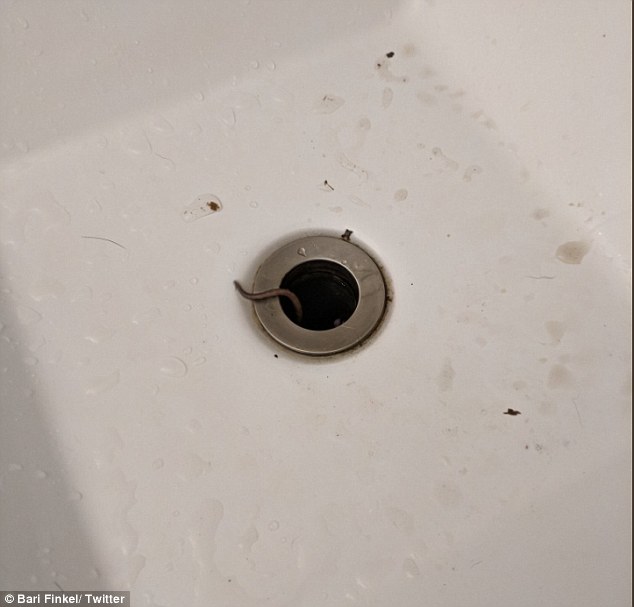 Her boyfriend, meanwhile, was left to tackle the situation on his own and tried to shove the rat into a plastic bag.

‘After a couple minutes, the rat was making sounds and was clearly also freaked out,’ Finkel said. ‘I said ‘we should probably take a couple of pictures, because this is insane.’

But no sooner did they lift the bag up to snap some photos the rat escaped the only way it could and scurried back down the drain.

‘I’m glad we didn’t have to figure out what to do with it, but I did not love the idea of it being in the pipes,’ she said.

Experts say that buildings more than 50 years old and constructed before 1960 tend to have plumbing traps that easily dry up due to cracks in the copper.

The pipes are often in the shape of an S-bend leaving the pipe susceptible to uninvited guests. 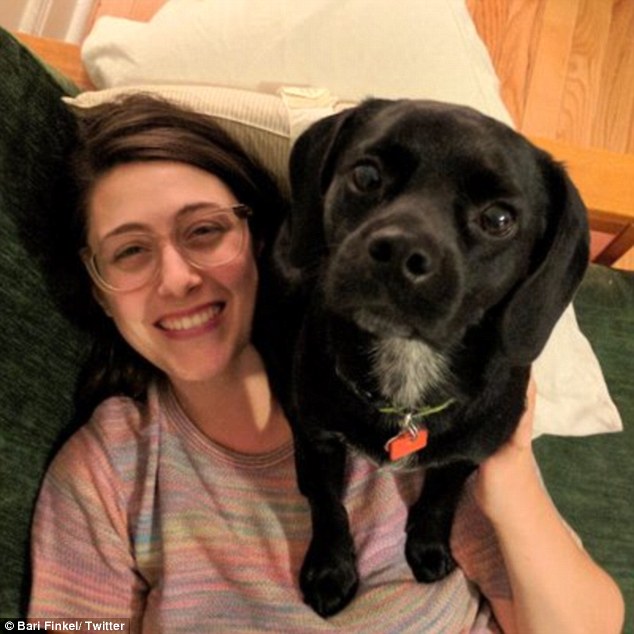 ‘It was just so insane I couldn’t not laugh,’ Bari Finkel says after seeing the rat come up

Newer buildings and updated systems, on the other hand, combat rodents by using PVC plumbing which is far harder to climb up.

Finkel says that it’s the first time she has even seen rats in her building before, let alone her own apartment.

The couple were understandably wary of using the bathroom again after the rodent’s visit but the pair insist they won’t change their routine one bit, other than get a new sink stopper. 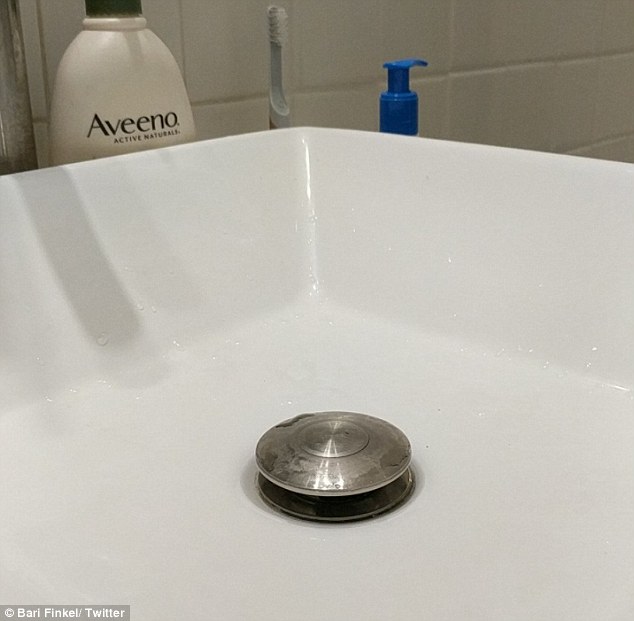